SANTA ANA, Calif. – The Orange County District Attorney’s Office is investigating an officer-involved shooting involving an on-duty Fullerton Police officer in Anaheim on July 5, 2019. A replica handgun designed to look identical to a Beretta 92 FS handgun was recovered at the scene.

An on-duty Fullerton police officer in full uniform was driving in his marked police SUV on the eastbound 91 freeway while taking his police K-9 to the veterinarian for a medical procedure. He observed a 17-year-old female driver, who was also eastbound on the 91 freeway at a high rate of speed, near Glassell Avenue. Police say at some point, the ‘two vehicles made physical contact. An officer-involved shooting occurred and a replica Beretta 92 FS handgun was recovered at the scene next to the female.’ 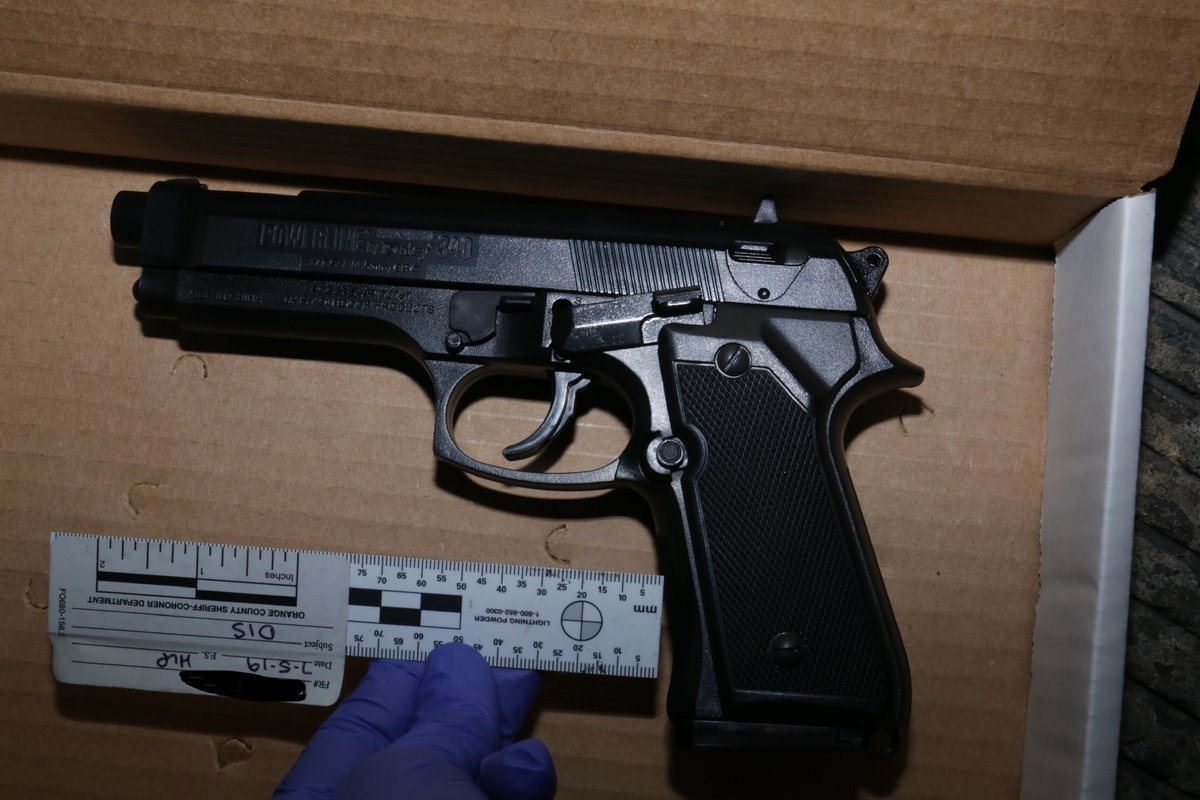 The gun was later identified as a replica handgun designed to look like a real Beretta 92 FS.

The 17-year-old, identified as Hannah Linn Williams, was transported to the hospital where she later died.

The Orange County District Attorney’s Office is investigating. No further details were released.