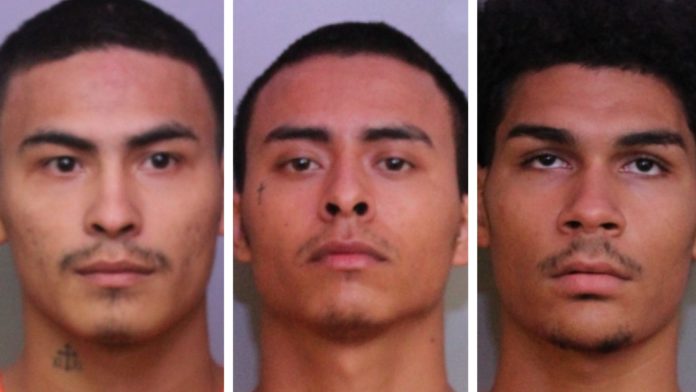 LAKE WALES, Florida — On Saturday, November 14, 2020, PCSO deputies arrested 18-year-old Angel Lobato and his brother, 19-year-old Jo “JoJo” Lobato, both of Lake Wales, on their outstanding warrants for grand theft auto, vehicle burglary, tampering with evidence, giving false information during a capital felony, and accessory after the fact of a capital investigation, for crimes they committed during the suspicious disappearance of 21-year-old Danne Frazier.

Angel LobatoDanne Frazier was reported missing to the Lakeland Police Department around 12:00 p.m. (noon) on November 4, 2020. Frazier’s mother reported to LPD that he got off work from the Publix warehouse in Lakeland around 2:00 a.m. that morning, but had not been answering his phone all day. She also reported suspicious activity on his bank account later that day.

During the missing person investigation, LPD detectives developed the brothers as persons of interest in his disappearance, related to the suspicious bank activity. When Frazier was still considered a missing person, his car was stopped by Flagler County Sheriff’s deputies. The driver (JoJo) fled the scene on foot. Angel was in the passenger’s seat. Angel denied knowing who was driving the car. Flagler County deputies contacted the Lakeland Police Department and informed them that they had possession of the car, and gave them the passenger’s name, Angel Lobato.

Frazier’s body was found in unincorporated Polk County on November 10, 2020, and his death was ruled a homicide. The car was turned over to PCSO at that point once the case became a homicide investigation.

Crime Scene Investigators processed the car, and several spots of blood were found inside and outside. The glass on the driver’s side was cracked from inside. More blood and some of the victim’s clothing was located inside the trunk.

PCSO detectives developed probable cause to arrest the Lobato brothers in the theft of Frazier’s car, among other related crimes. They obtained warrants for the Lobatos’ arrests.

As previously released, Frazier’s body was found in an orange grove on Helicopter Road in Lake Wales (cross street, Tindel Camp Road) approximately 150 feet west off the roadway, by a man who was hired to survey the property. It was obvious he had suffered extreme trauma, and it was apparent that he was the victim of a homicide. The autopsy was performed on Friday, November 13, 2020. Frazier had a skull fracture, and a broken piece of knife blade in his neck.

On November 14th, PCSO received an anonymous tip that the Lobato brothers were inside a truck parked at an auto parts store on SR 60 in Lake Wales. They responded to the area, and took the brothers into custody for their warrants.

After their arrests, they confessed to a coordinated and planned attack which included robbing and then killing Frazier.

Sheriff Grady Judd said, “These two brothers are pure evil in the flesh. Danne Frazier was just a good kid, trying to comfort someone he met online. They murdered him just so they would have ‘street cred.’ I have no words for this kind of evil. My heart goes out to Danne’s family. They raised a good young man, and they don’t deserve this. We’re going to do everything we can to make sure these suspects are locked up for the rest of their lives.”

The following are excerpts from their affidavits. They are very graphic and disturbing, and self-explanatory:

Jo stated he began communicating with the victim, Danne Frazier, approximately one month prior to the murder on social media.

Jo and Angel advised due to their homelessness and financial status, they have been looking to “hit a lick” to obtain money or a vehicle. They decided that the victim would be an easy target. Angel advised they planned to rob and kill the victim. In doing so, they would earn their “stripes” in the streets. Angel stated he told Jo to continue speaking with the victim via social media and pretend to want a relationship. Angel advised to continue this until the victim is willing to meet up in person which would allow them to carry out their plan to kill and rob the victim.

Jo advised he communicated via social media with the victim and they planned to meet up after the victim got off work. Jo advised he arranged to meet the victim in the Central Park area located in Winter Haven. Once the victim advised he was on the way, Angel armed himself with a metal bat and walked to the spot they previously picked out. Angel hid behind a tree and waited for Jo and the victim to arrive in the victim’s vehicle.

Jo advised he directed the victim to park by Lake Howard at the spot they previously selected. Jo was supposed to distract the victim when they were parked by wanting to kiss and then stab the victim. Angel advised he and Jo also planned other possibilities in which the manner of the murder would occur. Angel advised Jo could have lured the victim into the back seat and then choke him there.

Both suspects were booked into the Polk County Jail on the following charges:

Additionally, 19-year-old Scott Engle was arrested on Thursday, November 12, 2020, for:

Engle was identified as one of the three suspects (Angel and JoJo were the other two) seen on video surveillance using the victim’s credit cards. After his arrest, he told detectives that the brothers picked him up in a car he did not know, around 7:00 a.m. on Wednesday, November 4th. They told him it was a rental car, although he knows they don’t have jobs or money.

Engle told detectives that they drove around attempting to withdraw money from ATM machines with the victim’s cards. All of those financial transactions were recorded and logged as part of the investigation. Engle’s description of transactions matches each one. Engle told detectives he saw blood inside the car, and noticed the back seats were wet. Engle is seen on video surveillance washing the car at a self-serve car wash.

Engle is currently on active juvenile probation out of Polk County for grand theft and possession of a weapon or ammo by a convicted felon. His criminal history includes arrests dating back to 2013, for charges such as burglary, larceny, dealing in stolen property, sale of a firearm to a minor, trespassing, criminal mischief, possession of marijuana, violation of probation, failure to appear.