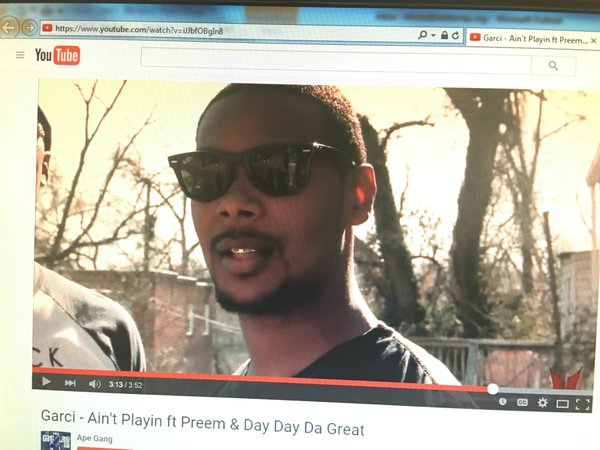 In November and December of 2010, the defendant and others met on multiple occasions over a three week period in Baltimore to plan a daring heist of a pharmaceutical truck, described by the coconspirators themselves as, “Mission Impossible!” On December 13, 2010, Robeson and his co-defendants met at the 2000 Block of West Pratt Street. Once at that location, three of Robeson’s co-conspirators approached a pharmaceutical truck that had stopped to make a delivery and forcefully removed the driver at gun point. The driver was then placed in the rear of the vehicle, where he was bound by these individuals.

The truck was then driven to an alley at the 2000 Block of Annapolis Road where another coconspirator was waiting with an empty U-Haul truck. Pharmaceuticals worth approximately $80,000 were removed from the delivery truck and placed onto the U-Haul truck. The U-Haul truck was driven to two separate locations, before the drugs were eventually unloaded and stored. Participants in the heist either received monetary payments or drugs for their roles, including the defendant, Mr. Robeson.

The driver of the pharmaceutical delivery truck was left bound with zip ties in the rear of the delivery truck until he was later discovered by officers with the Baltimore Police Department (BPD).

Here is a music video posted to YouTube of the defendant:

“Thanks to the hard work by both my prosecutors and our partners at the BPD, DEA, and FBI, who helped investigate the case, we were able to present good evidence to the jury and prove it was Mr. Robeson who orchestrated this crime,” stated Gerald Collin, Division Chief of MIU.

“I hope this sends a message to all of those mastermind conspirators looking to commit crimes, that we will find you, convict you and pursue justice on behalf of our communities,” State’s Attorney Marilyn Mosby said.