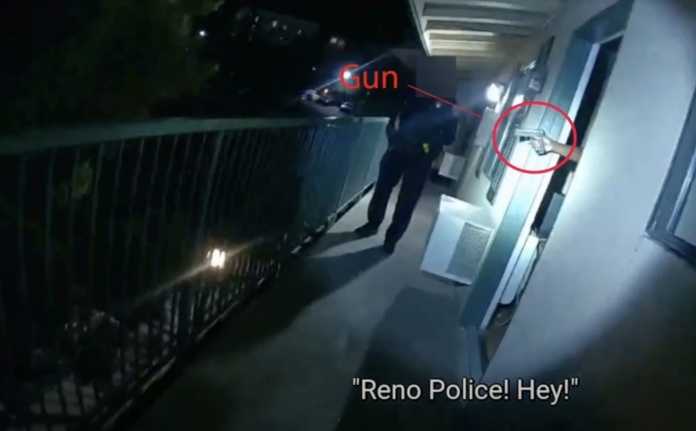 Reno, Nevada — On November 5th, 2021, at approximately 10:40pm, Reno Police Department patrol officers were involved in an Officer Involved Shooting in the 200 block of E Grove Street. Officers arrived on scene at an apartment on E Grove Street on the report of a domestic disturbance with what sounded like a male and female screaming, and possible shots fired. Uniformed officers knocked on the door, the door opened, and suspect Isaiah Herndon pointed a handgun in the general direction of the officers, firing at least one round at them. The two officers returned fire striking Herndon multiple times.

Officers on scene provided medical aid to Herndon until medics arrived and transported him to Renown Medical Center. Herndon underwent surgery at the hospital and is in critical condition.

On November 17th, Herndon was formally charged with two counts of Assault with a Deadly Weapon on a Protected Person, and Own/Possess Firearm by a Prohibited Person.