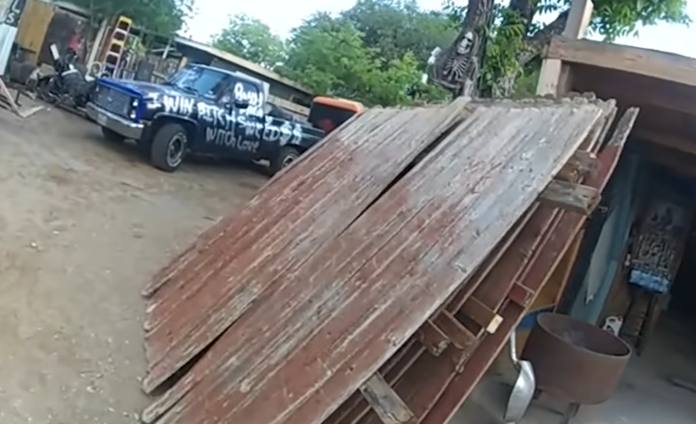 The San Antonio Police Department  this weekend released footage from an officer-involved shooting that occurred April 20, 2021 in the 400 block of Clutter:

Officers were called to the home for a report of a shooting. The caller stated that the suspect, identified as 35-year-old Brian DeLeon, had shot a man in a shed in the backyard of the home and that DeLeon was still in the backyard, armed.

The first officer arrived at the scene and witnesses told the officer there was a man fatally shot in the backyard, along with the gunman. The officer made contact with DeLeon in the backyard and promptly began demanding DeLeon drop the gun. Other officers arrived at the scene during this time and joined the calls for DeLeon to put down the firearm.

Because all officers took cover behind vehicles in the backyard, obstructing the view of their body worn cameras, the suspect is not seen during the exchange of gunfire or calls to drop the firearm.

Officers can be heard continuing de-escalation efforts when DeLeon pointed his weapon at the second responding officer, prompting her to fire a single round in his direction. Calls to get DeLeon to put down his firearm continued until there was an exchange of gunfire, which struck DeLeon. While DeLeon was injured, officers reported that he continued to reach for the gun. As such, officers continued to open fire until they felt the threat had stopped.

“When I run into the shed I see my boyfriend Bobby with his boots painted chrome from the spray paint and I fell to the floor to grab him and his face is painted chrome,” Borrego’s girlfriend told NEWS4SA.