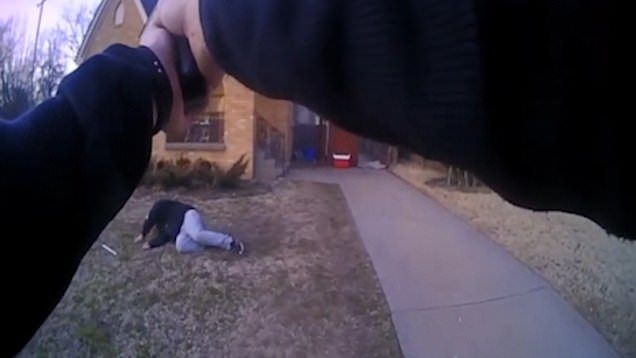 OKLAHOMA CITY — Body cam footage shows an officer-involved shooting of a Department of Corrections escapee. On Jan. 30, 2019 at 6:07 p.m., Officer Brandon Lee arrived at West Park Place and Linn Avenue. He observed the suspect, Kirk Dustin Shields, in front of 2608 West Park Place, who had a crowbar-type object in his hand. The suspect ran to the east, and Officer Lee pursued him. The suspect turned, faced the officer and charged the officer. Officer Lee used his taser on the suspect, but this did not stop the suspect’s pursuit. Officer Lee discharged his firearm and struck the suspect.

After the arrest, the suspect was transported to a local hospital and was diagnosed with non-life threatening injuries.