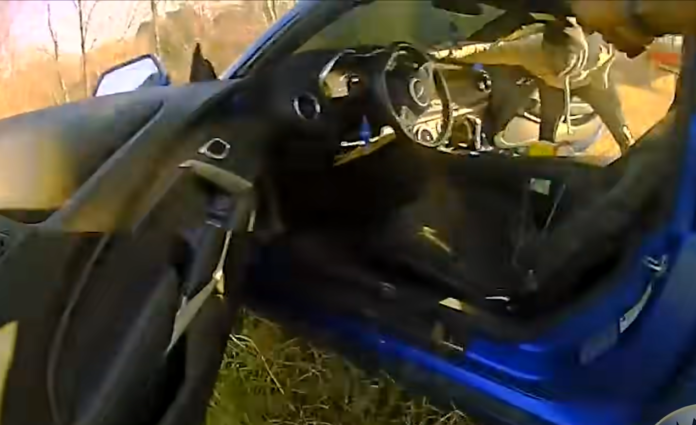 NASHVILLE – Just before 2:30 p.m. on Monday, School Resource Officer Byron Boelter had left Hunters Lane High School for the day when he approached a two-car crash at 1339 Dickerson Pike and stopped to assist those involved. Based on surveillance video from a nearby business, 20-year-old Rod Reed was driving erratically when he struck a Nissan Altima. When Officer Boelter arrived, paramedics were treating a mother and daughter who had been traveling in the Altima.

Officer Boelter walked over to a Chevrolet Camaro to check on any occupants. As Officer Boelter approached the driver’s side door, Reed reached for a gun on the dashboard of the Camaro from the passenger’s side. Officer Boelter instructed Reed not to retrieve the weapon, but Reed continued to move toward the gun. Officer Boelter fired his weapon and struck Reed in the leg.

Reed was transported to Vanderbilt University Medical Center where he is in stable condition. The gun was recovered at the scene near the Camaro.

The young girl, seen in the body worn camera, was transported to VUMC Pediatrics with minor injuries.

Officer Boelter is a 16-year veteran of the force. He is on routine administrative assignment at present.

The TBI is investigating this police shooting and will report its findings to the district attorney’s office.