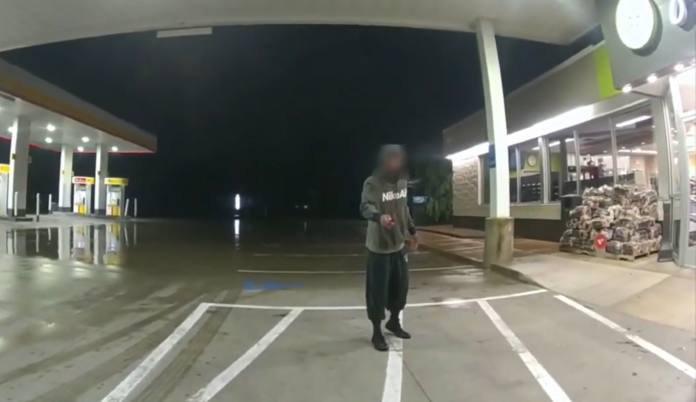 Police say around 2:45 a.m., the Kalamazoo County Dispatch Center received a 911 call from the Shell gas station on 35th street in Galesburg, Michigan. The caller told dispatchers there was an emergency and requested the police — but no other information was given.

A Kalamazoo County Deputy arrived on scene and was confronted by a man with a knife. He repeatedly lunged at the deputy and the deputy shot him.

The suspect, identified as R.V. Johnson, 22, was pronounced deceased.

The deputy involved was not hurt and Michigan State Police are handling the investigation.

“Nobody knew exactly what all was being requested or what was going on,” Kalamazoo County Sheriff Richard Fuller said. “It’s pretty evident in the beginning of the video, that the officer doesn’t know that he’s going to be confronted and things happen fairly quickly.”

“Our condolences go out to the family. We have been with the family this morning and I can tell you that they are suffering this loss. This is very tragic and I would ask people to respect the family’s wishes and let them grieve right now.”

MLive reported: When asked if it appeared to him whether the sergeant had intended to use lethal force when firing upon Johnson or if there was a less lethal approach the sergeant could have taken first, the sheriff said they were not questions he could answer without speculation and that he, and other officers with the sheriff’s department limit their contact with an officer in a situation like this to not impede the investigation.

Fuller did say, when responding to both questions, that his deputies go through multiple trainings, including de-escalation techniques, critical incident stress management training, mental health training and self-defense tactics.