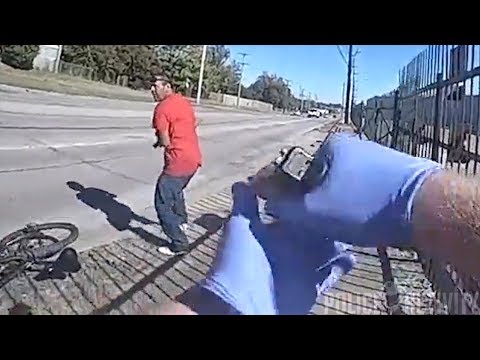 OKLAHOMA — The Tulsa Police Department released bodycam video of the death of Luis Arreguin-Lara, an armed suspect in Tulsa, Oklahoma. The 50-year-old had been helping an ex-girlfriend fix her car on the side of the road. Police happened upon the scene, where they say the driver informed them Arreguin-Lara had an outstanding felony warrant.

He reached for a gun and was shot dead.