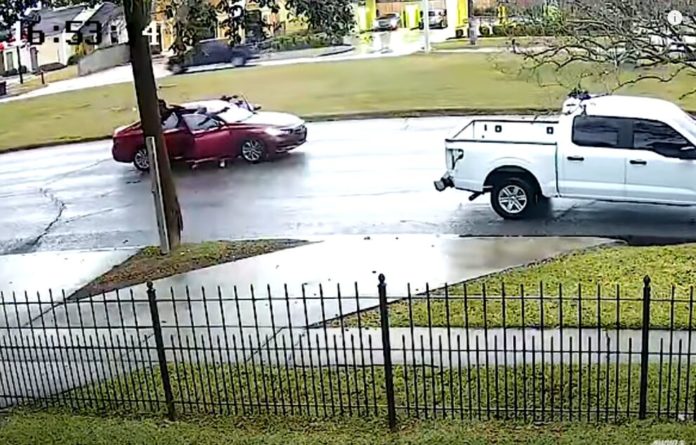 New Orleans police released video footage of a vehicle that was involved in a shooting that occurred on January 24, 2022 in the 3800 block of Elysian Fields Avenue.

A man in the pickup truck was shot and taken to a hospital in unknown condition. As the shooting took place, City Council hearings were being held to discuss a recent rise in crime in the city.