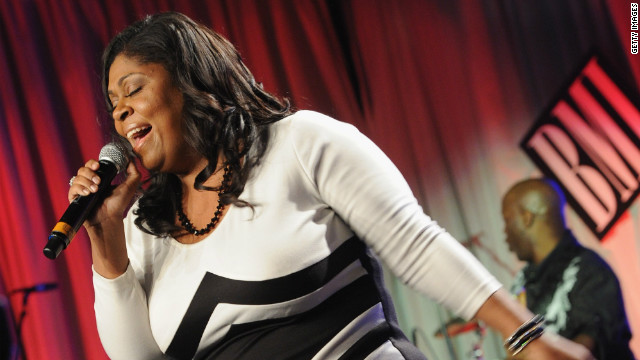 More than 1 million people watched Kim Burrell rail against “that perverted homosexual spirit” in a controversial sermon clip that led to the gospel singer getting pulled from a performance on “Ellen” and facing ongoing backlash from LGBT advocates.

Burrell was scheduled to perform a song from the “Hidden Figures” soundtrack with Pharrell on “Ellen” last week, but the host canceled Burrell’s invitation. Pharrell called her a “fantastic singer,” but said, “There’s no space, there’s no room for any kind of prejudice in 2017.”

She had been named a co-honoree at next weekend’s BMI Trailblazers of Gospel Music Awards, but the organization uninvited her due to the recent remarks. Also, her radio show – airing out of Texas Southern University – has been canceled.

For many viewers, it was jarring to hear the crowd cheer as Burrell warned her Love and Liberty Fellowship Church that “if you play with (homosexual sin) in 2017, you’ll die from it.” But for some raised in black churches, her message didn’t come as a surprise.

African-Americans’ views on same-sex marriage have not changed as much as those of other racial groups over the past several years, according to a 2015 Pew Research Center report. One-third of black Protestants and 41 percent of black Americans overall support same-sex marriage.

As Burrell restated on Facebook this week, she directed her Sunday sermon at LGBT people within her church, a Pentecostal congregation she founded in Houston in 2010. A two-minute clip of the message, filmed on a phone and posted on YouTube, shows Burrell describing sex acts and saying, “The spirit of delusion and confusion, it has deceived many men and women, and it’s caused a stain on the body of Christ.”

She also called out prosperity pastor Eddie Long, who was accused of sexual misconduct by multiple young men in his ministry before settling the cases out of court in 2011.

“Watching Bishop Eddie Long go down to nothing is an embarrassment to the church,” she shouted.

Fellow black Christians spoke up among Burrell’s critics, using the incident as a wake-up call over the rhetoric against gay Christians.

“Burrell has the right to preach whatever she wants to her church members but as black folks in general we have got to do better. We have the right to expect more from our spiritual leaders,” wrote Charles Easley at the Huffington Post, encouraging fellow members of the LGBT community to seek out congregations that reflect their values.

Some Christians who share Burrell’s belief that homosexuality is a sin took issue with her tone and the way she preached about it in the clip, telling her church to “beg God to free you” from homosexuality and calling it “a spirit of confusion and delusion.”

Rayshawn Graves, a pastoral assistant at an evangelical church in Virginia, described the tendency for Christians to attribute same-sex attraction to a spirit, a force that “causes or influences sinful behavior” and that “people can be delivered from through various means.”

“This sort of labeling of ‘spirits’ and classifying people with worse sins than others is more harmful than helpful because it puts up a barrier of hostility,” he wrote in a post about Burrell on the Reformed African American Network site. “This enables those who wrestle with and willfully persist in certain sins to hide in fear or reject the good news that is offered to all sinners.”

At a revival service Wednesday at a Baptist megachurch in Maryland, Grammy award-winning Gospel singer Shirley Caesar came to Burrell’s defense. “You should’ve said something four years ago when our president made that stuff all right,” she said.

Black Americans are half as likely as whites to believe people are born gay (26 percent to 52 percent), according to Pew. Additionally, a majority of black Protestants believe it is possible to change a person’s sexual orientation.

‘The reality is that there are numerous folks who get up on the pulpit weekly to condemn black queer people,” said The Root writer Higgins, noting the increased risk of suicide among minority LGBT youth, including African Americans. “If the black church continues to operate in this way, it will have more blood on its hands.

Black Protestants are more likely than any other religious group besides the unaffiliated to say they have family or close friends who are gay, according to Pew. Several responses to Burrell highlighted the involvement of gay Christians in black churches, their choirs and their outreach ministries.

“You have touched the nerve of a wounded, greatly unappreciated and misunderstood group of people who have contributed countless underrated and unappreciated gifts to the church,” stated Bishop Yvette Flunder, who leads a United Church of Christ congregation, City of Refuge, in Oakland.

Clay Cane, author of a forthcoming book about sexuality, faith and race, wrote for CNN, “The black church could not function without the LGBT community.”

Burrell’s parents were also singers and musicians in the church. She began her career in gospel choirs and has collaborated with A-list artists including Stevie Wonder, Whitney Houston and Harry Connick Jr.