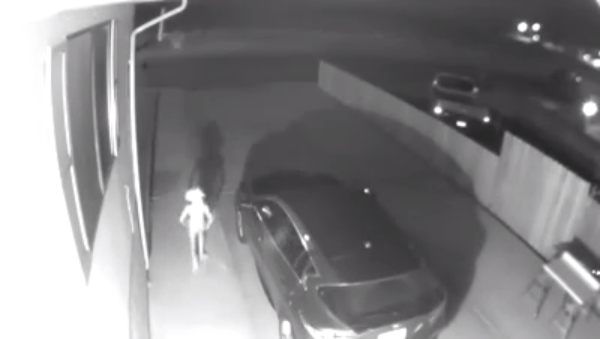 The mom whose security camera captured creepy footage of what appears to be Dobby the house elf from the “Harry Potter” series told Inside Edition she’s still freaked out by the video.

Forensic video analyst Conor McCourt told the news outlet, “It could be a lot of things. … Security videos can cause a ghostly effect.”

“My real suspicion is that it’s a child. I’m seeing a highly reflective area in the head, it could be ponytails, it could be something else.”

“What I’m seeing is a normal setup for a normal surveillance video. There’s nothing to indicate that it’s doctored. The more probable explanation is that it’s just some kind of normal circumstances.”