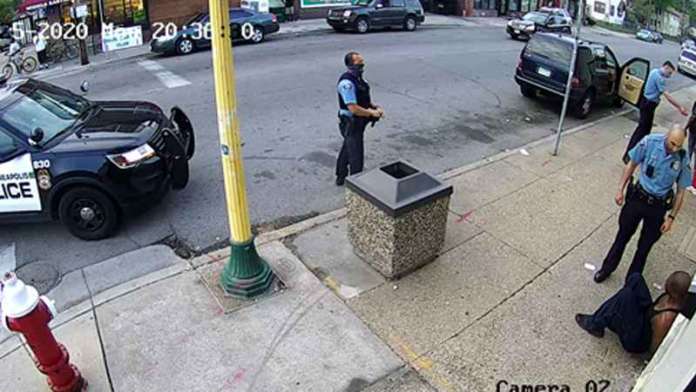 On Thursday, the Minneapolis police department released a transcript of the 911 call preceding the deadly encounter between George Floyd and now-fired officer Derek Chauvin.

Operator: 911 what’s the address of the emergency?

Operator: How can I help you?

Caller: Um someone comes our store and give us fake bills and we realize it before he left the store, and we ran back outside, they was sitting on their car. We tell them to give us their phone, put their (inaudible) thing back and everything and he was also drunk and everything and return to give us our cigarettes back and so he can, so he can go home but he doesn’t want to do that, and he’s sitting on his car cause he is awfully drunk and he’s not in control of himself.

Operator: Okay, what type of vehicle does he have?

Operator: Okay, what color is it?

Operator: Alright blue van, gotcha. Is it out front or is it on 38th ST?

Operator: On 38th ST. So, this guy gave a counterfeit bill, has your cigarettes, and he’s under the influence of something?

Caller: Something like that, yes. He is not acting right.

Operator: Okay so, female or a male?

Operator: Is it a girl or a boy?

Caller: (Talking to somebody else)—he’s asking (inaudible) one second. Hello?

Operator: Is it a girl or a boy that did this?

Caller: It is a man.

Caller: How is your day going?

Operator: Not too bad.

Caller: Had a long day, huh?

Caller: My name is REDACTED

Operator: Alright, a phone number for you?

Operator: Alright, I’ve got help on the way. If that vehicle or that person leaves before we get there, just give us a call back, otherwise we’ll have squads out there shortly, okay?

VIDEO: Owner Of Store Where Police First Made Contact With George Floyd Is Speaking Out