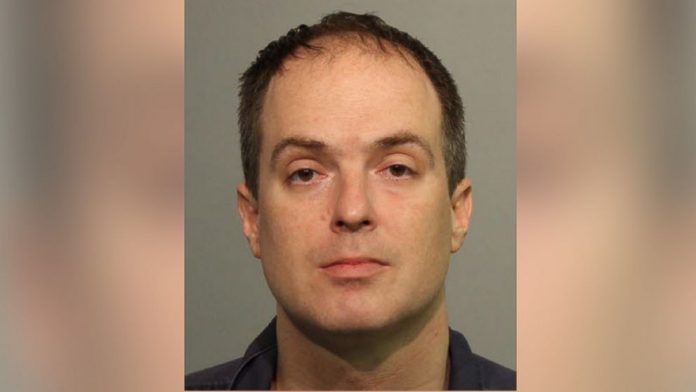 ORLANDO — George Zimmerman was involved in a shooting along Lake Mary Boulevard and Rinehart Road around 1:00 p.m. Monday May, 11.

Initial reports said Zimmerman suffered a minor gunshot wound. Police say the bullet missed Zimmerman’s head, but he was sprayed with glass from his windshield and another debris in the shooting in the Orlando suburb of Lake Mary, his attorney Don West said.

He walked to the ambulance on his own. Zimmerman was taken to an emergency room and has since been released. Police have identified the shooter as Matthew Apperson. Apperson and Zimmerman were involved in a separate road rage incident last year.

The police report suggests Apperson targeted Zimmerman without being provoked. Apperson was recently released from a mental hospital and allegedly has a “fixation” on Zimmerman.

According to the former neighborhood watchman, he was driving down the road when the suspect sped up behind him and yelled, “You remember me, you fat [email protected]#$%?!”

Apperson continued:  “You owe me your life. The only reason I didn’t press charges on you is because I wanted to kill you myself,” Zimmerman told police.

Zimmerman says he called the man a ‘clown,’ and that’s when the suspect opened fire.

Apperson told investigators that he only shot at Zimmerman after he flashed a gun as they were driving. Police say they overheard Apperson say “I hope I got him this time,” the AP reported.

The two were involved in a road rage incident last year. No charges were filed in that incident because police had no witnesses.

Mr. Apperson was charged last Friday with aggravated assault with a deadly weapon, aggravated battery and firing a missile into an occupied conveyance. He was released over the weekend on $35,000 bond.

In January, Zimmerman was accused of assault by his girlfriend, but no charges were filed after she recanted her allegation.

He was also arrested in November 2013 on domestic violence allegations after his girlfriend called police. His girlfriend later recanted her story and charges were never filed.

Zimmerman was acquitted in the shooting death of Trayvon Martin in 2013. 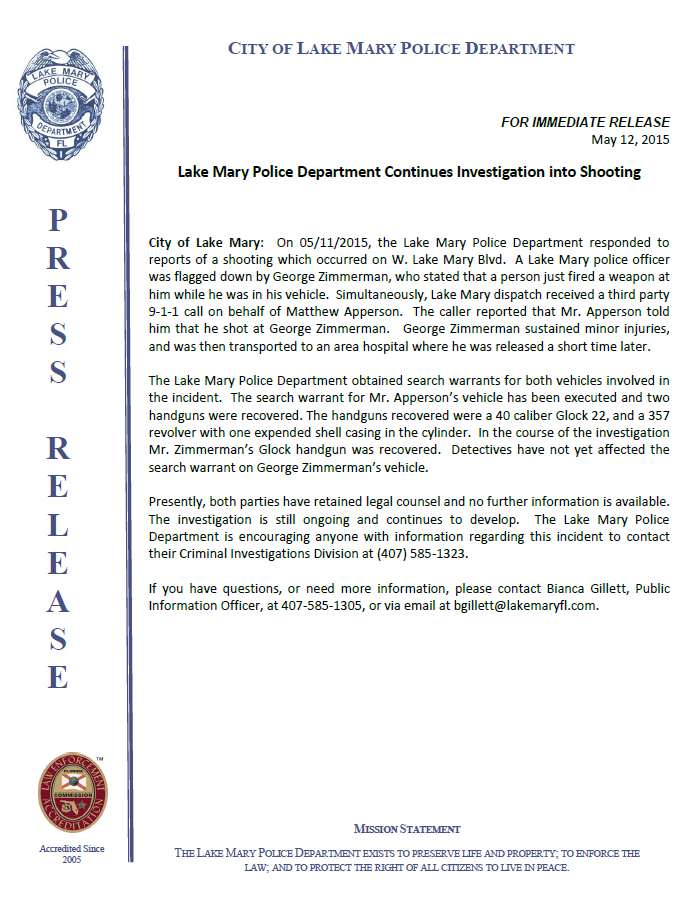 (Mugshot of Apperson via ABC News)