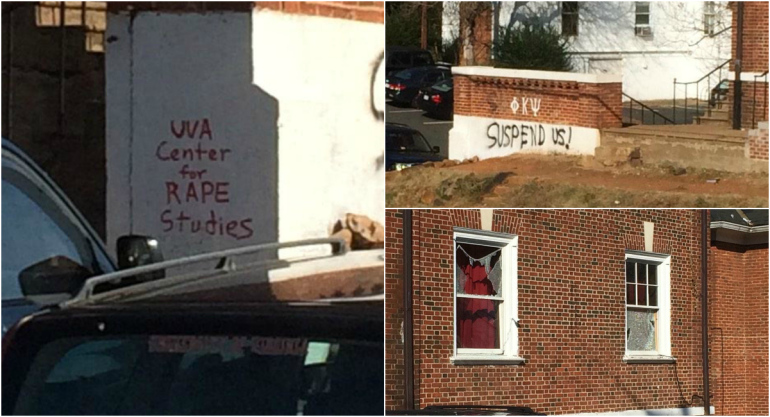 Rolling Stone magazine said Friday that it now had questions about an article it published that made startling and detailed allegations of a gang rape at a University of Virginia fraternity. The magazine said that its trust in the sole source for the story – Jackie, the woman making the allegations – was misplaced.

The magazine’s managing editor, Will Dana, wrote that there appear to be “discrepancies” in the description of the brutal gang rape in the article, “A Rape on Campus,” by Sabrina Rubin Erdely.

In the face of new information, Dana wrote, “we have come to the conclusion that our trust in her was misplaced.”

Dana said that the magazine did not seek to contact any of the individuals whom Jackie, who was identified only by her first name, accused of a 2012 rape.

“We were trying to be sensitive to the unfair shame and humiliation many women feel after a sexual assault,” he said, “and now regret the decision to not contact the alleged assaulters to get their account. We are taking this seriously and apologize to anyone who was affected by the story.”

Erdely did not return messages seeking comment Friday. In an interview earlier this week, after questions were raised about the Nov. 19 article, she stood by her reporting.

“I am convinced that it could not have been done any other way, or any better,” she said, and suggested that the debate about the veracity of the article stood only to divert attention from the real scandal – a crime that had not been sufficiently investigated.

Nov. 22 -The University of Virginia is suspending all fraternal organizations until January after a magazine article described in detail an alleged sexual assault that occurred on the campus, the school said on Saturday.

All fraternal organizations and associated social activities will shut down until Jan. 9, the beginning of the spring semester, so that students, faculty and alumni can address sexual assault and sexual violence on campus, said Teresa Sullivan, president of the prestigious state university, located in Charlottesville, about 100 miles southwest of Washington, D.C.