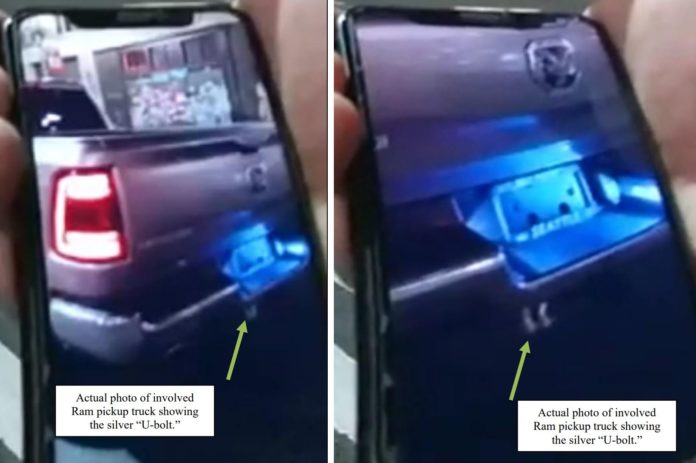 Detectives are searching for the suspect, victim, and vehicle involved in a hit and run collision in Pioneer Square last weekend.

Just before 1:00 a.m. on June 18th, witnesses saw the driver of a silver, Laramie Edition, Ram pickup truck run over a woman just east of the 1st Avenue South and South Washington Street intersection. The male driver initially fled the scene, but then returned a short time later. He picked up the woman he drove over, put her in the cab of the truck, and then drove away eastbound on South Washington Street.

The truck did not have license plates, but witness photos of the rear of the truck show a silver U-bolt attached to the hitch, and what appeared to be a local area dealership license plate frame.

Detectives with SPD’s Traffic Collision Investigation Squad are asking anyone with information about this incident or any of the parties involved, to please call the Violent Crimes Tip Line at (206) 233-5000.