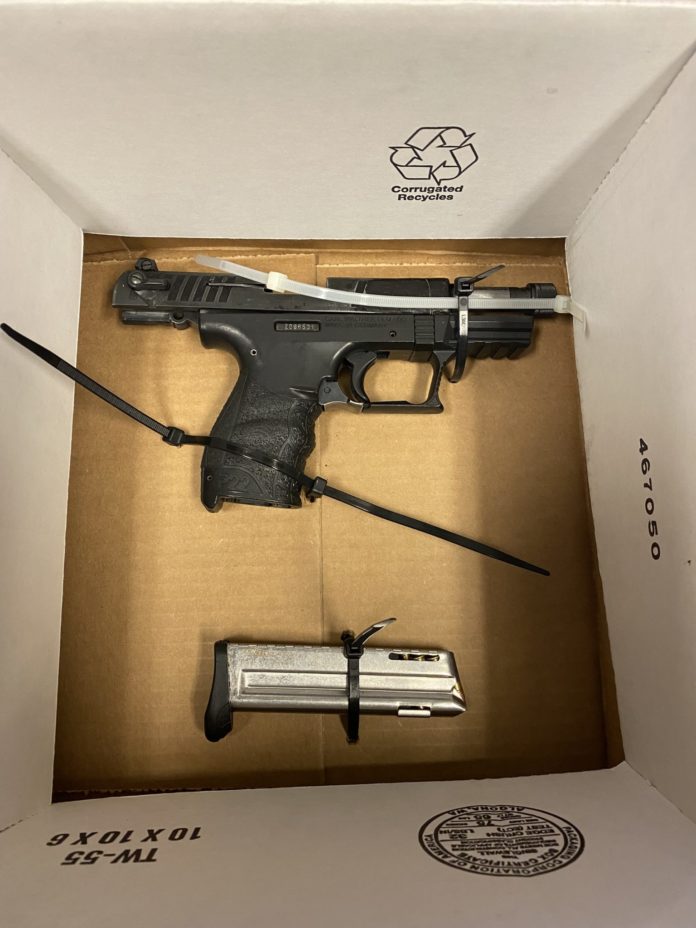 Seattle Police arrested a man for robbery on Tuesday after he pulled a gun on a man, who disarmed him and took the weapon, leading the suspect the try to barter for his firearm.

Just before 1:15 p.m., the manager of a convenience store in the 600 block of Denny Way watched a man gather about $200 in merchandise and walk out without paying. The manager followed the suspect outside and confronted him, telling him to return the items. As the suspect reached toward his jacket pocket, the manager could see the handle grip of a pistol sticking out. The manager struck out at the suspect’s hand in a chopping motion, causing him to drop the gun. The manager quickly picked it up and started running back to his store. The suspect followed him, asking for his gun back and offering to trade the stolen items in return.

Once back in the store, the manager called 911 while the suspect fled on foot. Officers responded, seized the gun, and searched the surrounding area for the suspect but were unsuccessful. However, about two hours later, officers spotted the suspect in the 400 block of West Roy Street – wearing the exact same clothing they had seen him wearing in security camera footage.

Robbery detectives interviewed the 23-year-old man (who has a previous felony conviction and is unable to legally possess firearms) and then booked him into King County Jail for robbery and unlawful possession of a firearm.