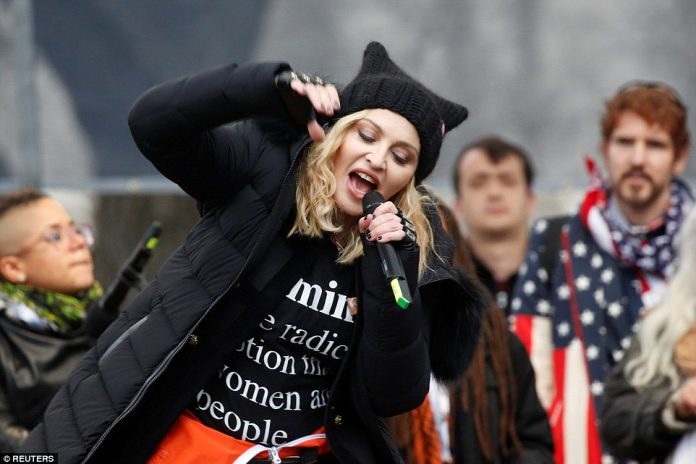 The Secret Service will reportedly launch an investigation into Madonna after her speech at the Women’s March on Washington.

She went on to speak of her rage at the election result, telling the crowd she had thought a lot about ‘blowing up the White House.’

According to the Gateway Pundit, a spokesman for the Secret Service said they were ‘aware’ of Madonna’s comments and will open an investigation, but the ultimate decision whether or not to prosecute is the decision of the U.S. Attorney’s Office.

The Secret Service has not yet made a public comment regarding the matter.