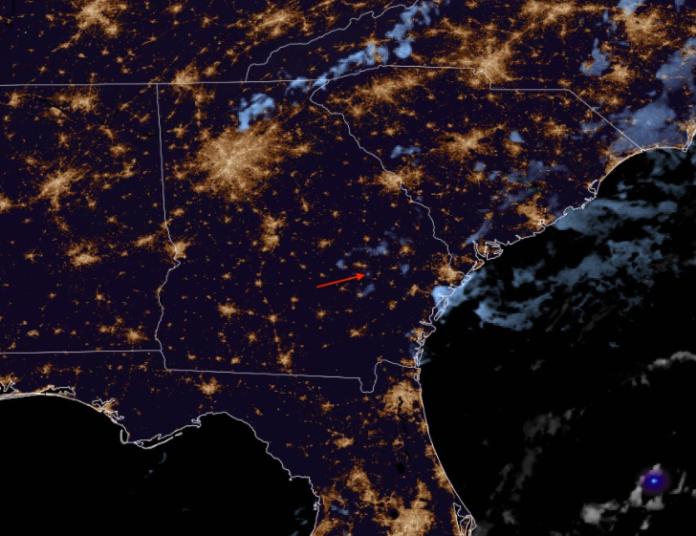 NASA confirms a meteor was spotted over southeast Georgia last night. It burned up in the southeast corner of Toombs County.

“Many eyewitnesses in the southeastern United States are filing reports of a bright fireball seen at 10:04 PM Eastern Daylight Time,” NASA wrote on Facebook.. “The event was also detected – at extreme range – by NASA meteor cameras in north Georgia, North Carolina and Florida. An analysis of the video data shows that the fireball first appeared 52 miles above the town of Donald in southeast Georgia, moving northwest at 45,000 miles per hour. It burned up about 23 miles above Sanders Road near Providence Missionary Baptist Church, in the southeast corner of Toombs County. At its peak, the meteor’s brightness rivaled that of the Full Moon, which indicates it was caused by an asteroid fragment about 8 inches in diameter with a weight of 20 pounds.”