A nude Florida woman was rescued from a storm drain in the city of Delray Beach Tuesday after she somehow became trapped for an unknown length of time, officials said.

Delray Beach Fire Rescue’s Special Operations Team rescued the woman trapped in the storm drain just a few feet from busy Atlantic Avenue. Crews removed a grate to access the drain, which is about 8-feet deep, and used a ladder and a harness to raise the woman to ground level as a small crowd cheered. 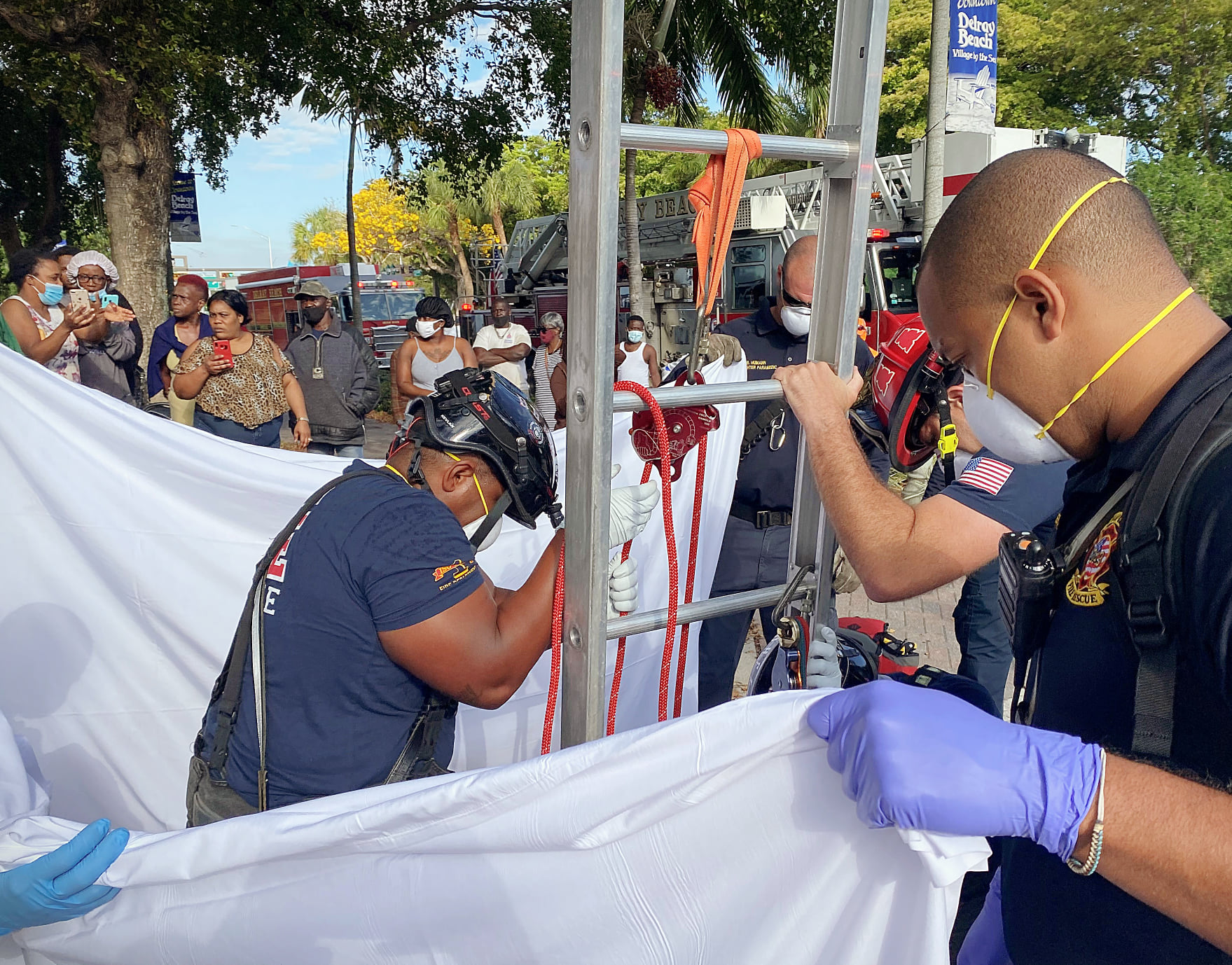 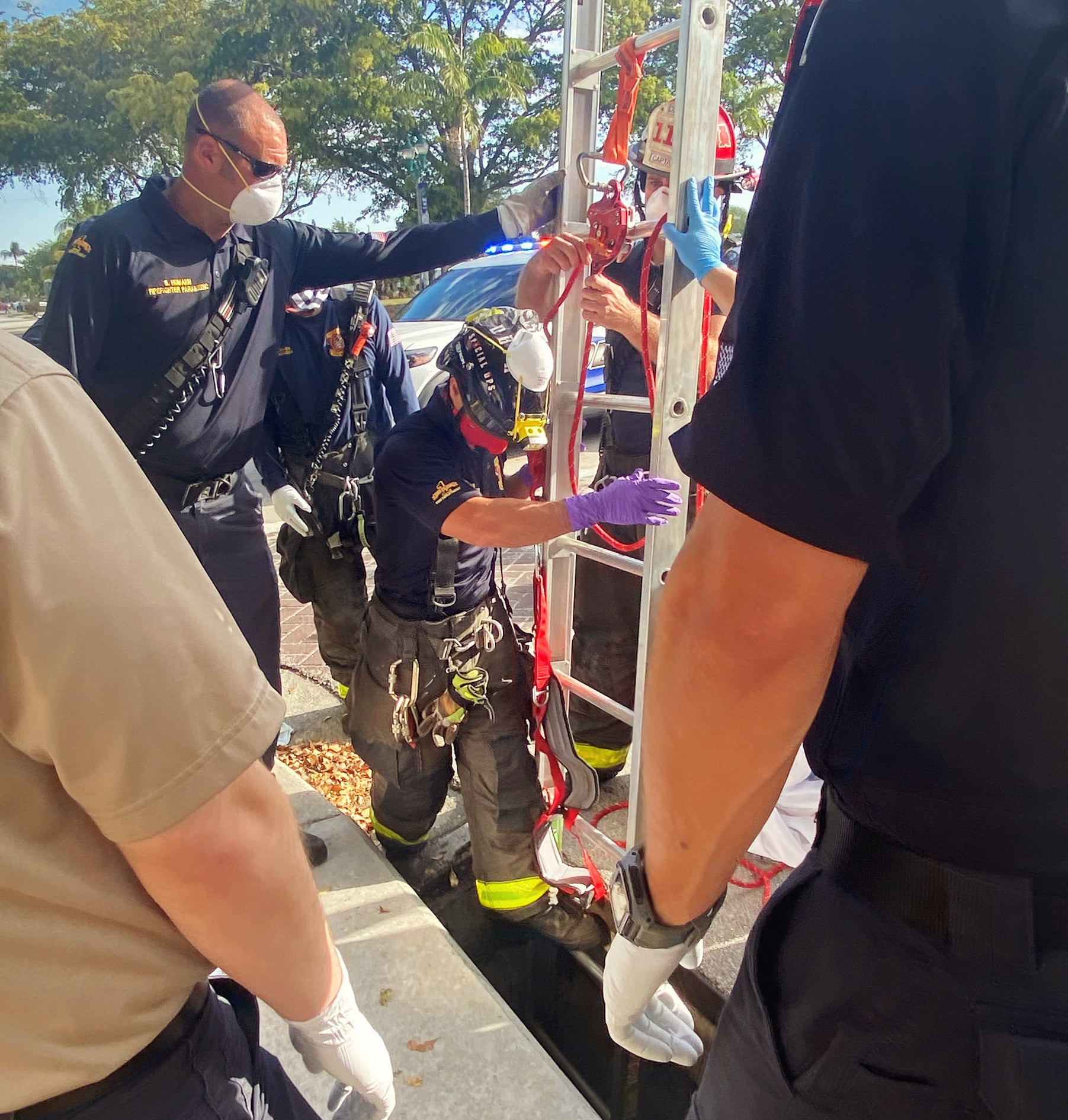 The First responders assessed her physical condition and transported her to a local hospital. A passerby heard the woman yelling from the drain just before 9 a.m. and called 9-1-1.

The Delray Beach Police Department is investigating to determine how she ended up in the drain and how long she had been there.

A spokeswoman for Delray Beach Fire Rescue explains how firefighters rescued the woman.