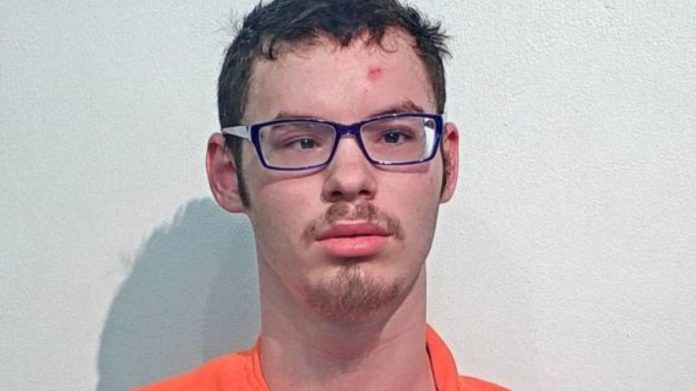 FLORIDA — A joint investigation between the Brevard County Sheriff’s Office and Immigration Customs Enforcement/Homeland Security Investigations (ICE/HSI), has led to the arrest of 21-year-old, Alexander Barter of Joaquin, Texas.

The investigation began when an Undercover Agent from the Brevard County Sheriff’s Office who is a member of a ICE/HSI Task Force observed a post on the Internet where Barter was looking for anyone who would allow him to commit necrophilia and cannibalism. The Undercover Agent, who was posing as an interested participant responded to the post advising that he had a minor child he could provide.

Over the course of several days, the Undercover Agent and Barter communicated, with Barter asking if he could kill the child and detailed the gruesome acts that he would do to the intended victim before and after her death. Barter actually encouraged the Undercover Agent to expedite his travel to Texas as he was unsure if he could continue to control his “bloodlust.”

After further conversation, Barter created a plan where he could meet the Undercover Agent and potential victim who would be taken to a rural area where the child would be sexually assaulted, killed and then cannibalized. The BCSO Agent subsequently travelled to Texas for the meet with Barter who believed the Agent was bringing the child with him.

Barter showed up for the meeting and was taken into custody without incident. At the time of his arrest, Barter was found to be in possession of a knife and plastic trash bags to portion and transport the human remains. Barter subsequently confessed to his intended actions and actually thanked the Agents for stopping him from committing these horrific acts as he was unable to stop himself.

The investigation was culminated with the outstanding assistance of the United States Attorney’s Office, Homeland Security, Customs and Border Patrol, the Texas Department of Public Safety, Nacogdoches Police Department and the Shelby County Sheriff’s Office. If convicted, Barter faces a maximum penalty of Life in Federal Prison. The case is being prosecuted by the U.S. Attorney’s Office East District of Texas.

“It is hard for me to imagine that we have monsters walking among us who masquerade in human costumes as they prey upon our children,” Sheriff Wayne Ivey said. “In my 39 years of Law Enforcement I have never seen a more disgusting case! I am so thankful to the members of our team who brought this individual to justice, without question saving the life of an innocent child who could have fallen victim to his desires.”

“Those who investigate these crimes are real life superheroes. They work night and day behind the scenes to unmask the predators who are all too often invited into our homes by way of the internet.”