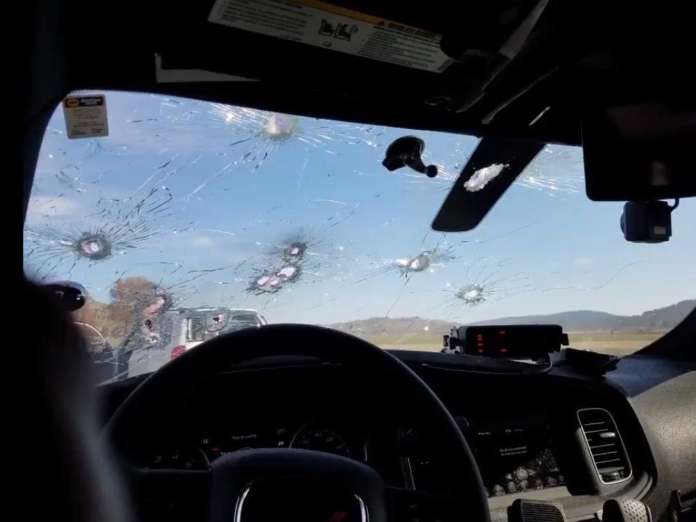 Portland, Oregon — On Friday April 10, 2020 at approximately 4:15 PM deputies from the Klamath County Sheriff’s Office responded to a report of a domestic disturbance in the 1700 block of Fargo Street. The initial report indicated that an intoxicated male was trying to take his children. When deputies arrived, the involved male was no longer on the scene. Klamath 911 announced an attempt to locate for the vehicle with description, details that the suspect was possibly intoxicated, that there was a 6-year old child in the vehicle, and that the suspect had an AR-15 rifle. A short time later an Oregon State Police trooper observed the vehicle and a pursuit began near Biehn Street and Crater Lake Parkway, then traveling north on Hwy 97.

Units from the Klamath County Sheriff’s Office and the Oregon State Police were involved as the vehicle attempted to elude. Deputies deployed a spike strip on Hwy 97 and the vehicle was brought to a stop on Wocus Road. The driver exited the vehicle and fired numerous shots at the officers. Law enforcement returned fire. One officer was injured. The suspect was declared dead at the scene. The child was unharmed. The names of those involved are being withheld pending further investigation. The Klamath County Major Crime Team is investigating with Klamath Falls Police assigned as lead agency. Pursuant to policy, the involved officers have been placed on administrative leave during the pendency of the investigation.