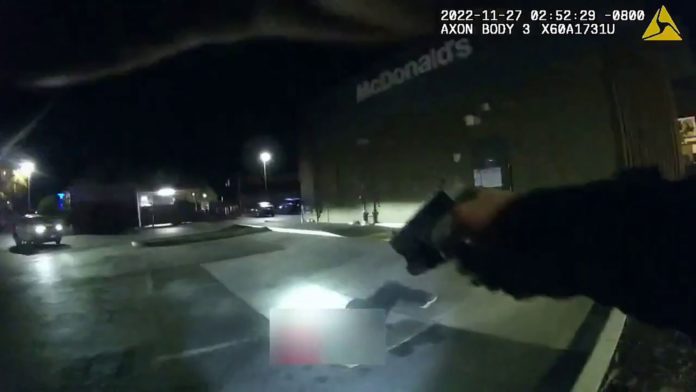 Fairfield, California — On November 27th, Fairfield Police Department (FFPD) was responding to a report of a disturbance involving a firearm in the 4300 block of Central Place, Fairfield. A Solano County Sheriff’s Office (SCSO) deputy was in the area and responded to assist. The incident resulted in an officer involved shooting when 41-year-old Robert Duncan Jr. of Vallejo fired a handgun at a FFPD officer and a SCSO deputy. At approximately 2:30 am, a Sheriff’s deputy was in the Cordelia area and heard on the FFPD radio a report of a man with a firearm at a motel on Central Place. The deputy responded to assist FFPD on scene where he met with the victims of the crime in the parking lot of a neighboring McDonald’s restaurant.

The deputy drove to the other side of the McDonald’s, with his K9 partner, to assist with the search. As he arrived, he saw the suspect suddenly jump up from the bushes and run away from officers through the drive-thru lane. The deputy deployed his K9 partner to help apprehend the fleeing suspect. The suspect ran around the back corner of the building, and the K9 continued to follow. The suspect then fired multiple shots at one FFPD officer and the deputy. The deputy fired his service weapon at the suspect, striking him multiple times.

FFPD officers did not fire their service weapons. The suspect’s weapon was safely secured, and officers began providing first aid. Medics arrived at the scene shortly after and pronounced him deceased.