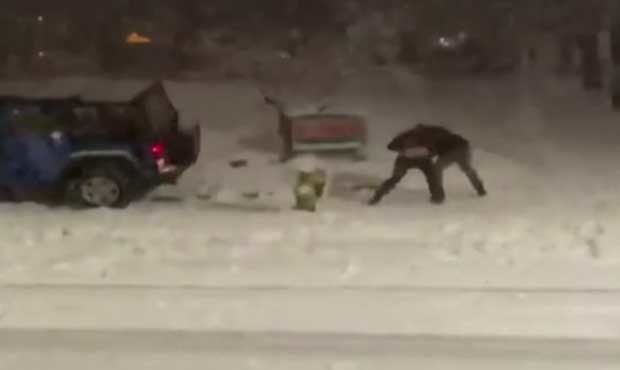 SEATTLE – Seattle police have arrested a woman after she apparently tried to run over people having a snowball fight.

In the video, the woman is seen driving her vehicle onto the sidewalk before getting out and engaging in a scuffle with another person.

Witnesses say the woman became angry when a snowball struck her vehicle.

The unidentified woman was charged with DUI and reckless driving.