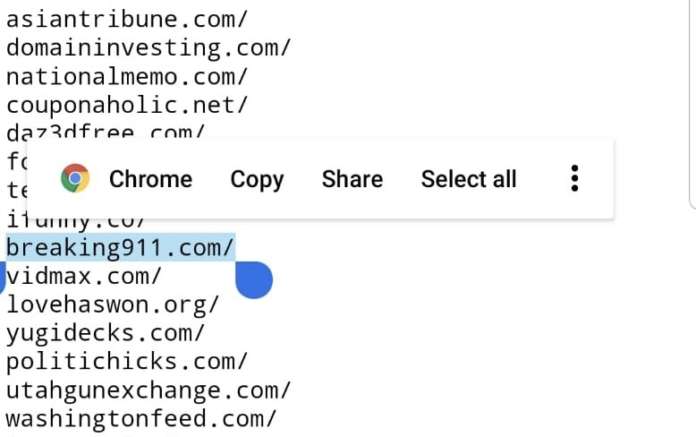 A former Google employee alleges election interference and political bias by the tech giant, including “blacklisting” certain websites, including Breaking911.com

Vorhies said, “I gave the documents to Project Veritas, I had been collecting the documents for over a year. And the reason why I collected these documents was because I saw something dark and nefarious going on with the company and I realized that there were going to not only tamper with the elections, but use that tampering with the elections to essentially overthrow the United States.”

“These documents were available to every single employee within the company that was full-time. And so as a fulltime employee at the company, I just searched for some keywords and these documents started to pop up. And so once I started finding one document and started finding keywords for other documents and I would enter that in and continue this cycle until I had a treasure trove and archive of documents that clearly spelled out the system, what they’re attempting to do in very clear language.”

One of the documents released by Vorhies is a file titled, “news black list site for google now,” apparently showing mostly conservative (but some progressive) websites ‘blacklisted by google. Among the sites on the list is Breaking911.com

The document says that some outlets are blacklisted due to a “high user block rate.”

All of the leaked Google documents can be found HERE. Read the full report from Project Veritas HERE.