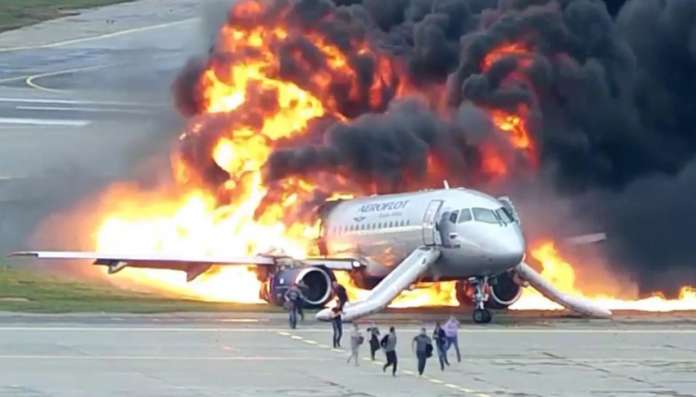 Dramatic video footage released by Russian authorities on shows the moment an airplane engulfed in flames skids across a runway in Moscow in a 2019 crash that killed 41 people.

The committee said in a statement that the investigation into the crash established that the pilot’s “actions to control the aircraft, committed in violation of the established rules, resulted in the destruction and fire of the aircraft.” The statement added that the case has been sent to Russia’s Prosecutor General.