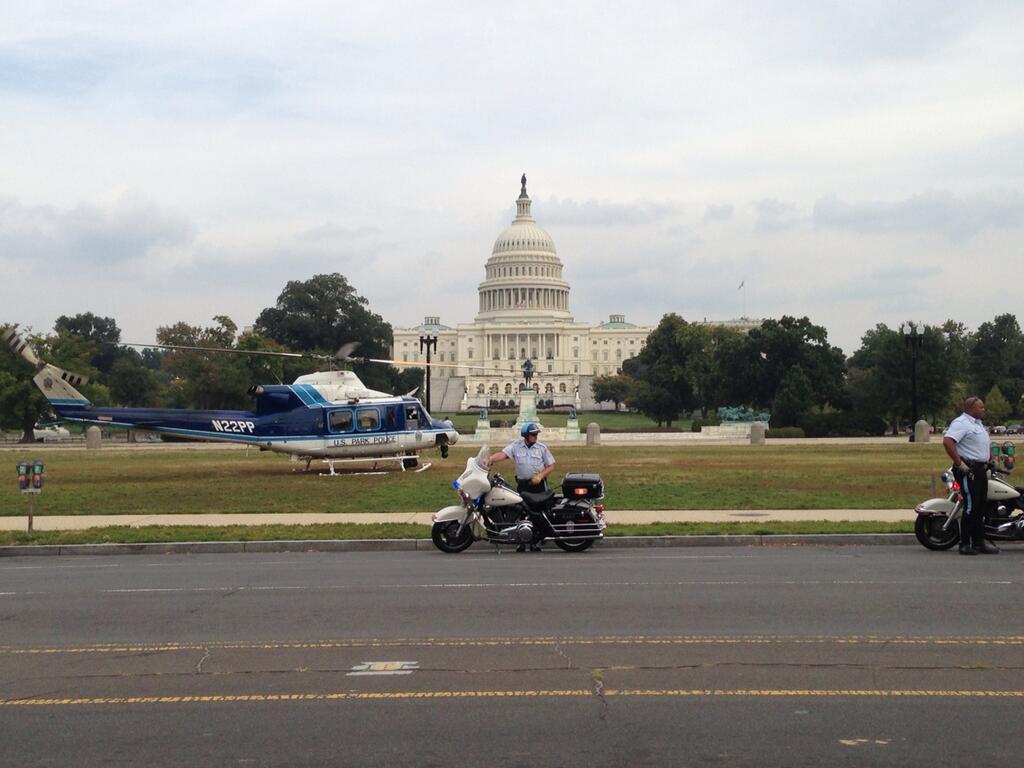 A police officer was reported injured after gunshots at the U.S. Capitol, police said Thursday while putting the entire complex on lockdown.

“There are reports of injuries,” said Terrance Gainer, the Senate’s Sergeant at Arms.

FBI agents were also headed to the scene.

The reports comes two weeks after a deadly shooting at the nearby Navy Yard and amid a government shutdown.

As a warning was sounded, the House abruptly went into recess and lawmakers left the chamber floor. The House had just finished approving legislation aimed at partly lifting the government shutdown by paying National Guard and Reserve members.

People standing outside the Supreme Court across the street from Congress were hurried into the court building by authorities.

The White House was quickly locked down after the incident at Capitol Hill and the stretch of Pennsylvania Avenue in front of the compound was closed to pedestrians. Secret Service said the procedures were precautionary.