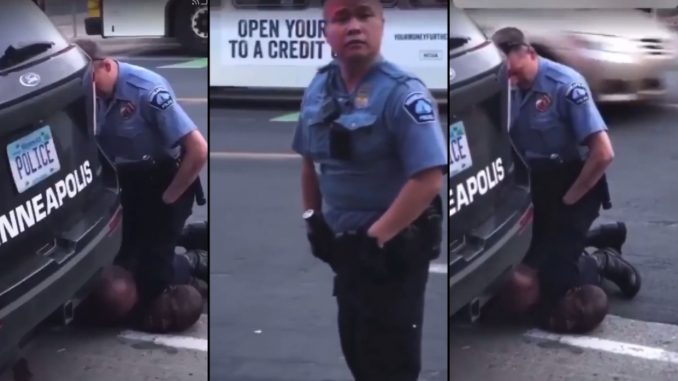 MINNEAPOLIS — (Scroll Down For Video) — The FBI will investigate the fatal arrest of a man that occurred in South Minneapolis Monday night.

In a press release, cops described the fatal encounter as a ‘medical incident.’

On Monday evening, shortly after 8:00 pm, officers from the Minneapolis Police Department responded to the 3700 block of Chicago Avenue South on a report of a forgery in progress. Officers were advised that the suspect was sitting on top of a blue car and appeared to be under the influence.

Two officers arrived and located the suspect, a male believed to be in his 40s, in his car. He was ordered to step from his car. After he got out, he physically resisted officers. Officers were able to get the suspect into handcuffs and noted he appeared to be suffering medical distress. Officers called for an ambulance. He was transported to Hennepin County Medical Center by ambulance where he died a short time later.

At no time were weapons of any type used by anyone involved in this incident.

The Minnesota Bureau of Criminal Apprehension has been called in to investigate this incident at the request of the Minneapolis Police Department.

No officers were injured in the incident.

Body worn cameras were on and activated during this incident.

Minneapolis Mayor Jacob Frey said of the footage: “I believe what I saw, and what I saw was wrong at every level.”

WARNING: Video may be disturbing to some viewers.

The attorney representing the family, Benjamin Crump, identified the man as George Floyd.

“We all watched the horrific death of George Floyd on video as witnesses begged the police officer to take him into the police car and get off his neck,” civil rights attorney Ben Crump said in a statement. “This abusive, excessive and inhumane use of force cost the life of a man who was being detained by the police for questioning about a non-violent charge.” 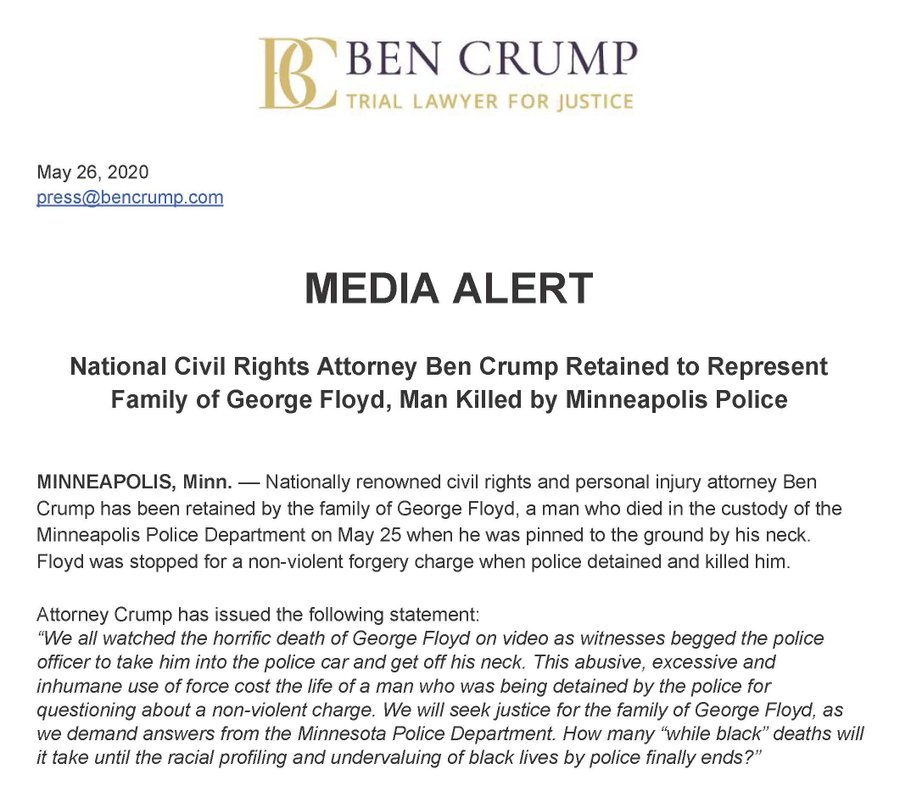 Protests are planned for Tuesday evening.