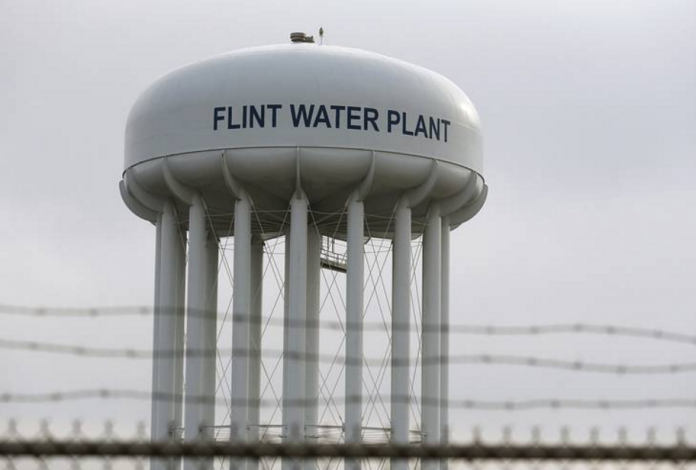 Six Michigan employees were charged with misconduct in office Friday for their alleged roles in the lead contamination of Flint’s water supply, which has exposed thousands of children to the toxin and left most in the city drinking bottled water for more than two years.

Attorney General Bill Schuette, a Republican, filed the charges against three members of the state’s Department of Health and Human Services and three others from the state Department of Environmental Quality, including the former chief of Michigan’s Office of Drinking Water and Municipal Assistance.

The filings bring the number of government workers accused in the water crisis to nine. In April, Schuette, who is overseeing the probe, filed charges against two other Department of Environmental Quality workers and a Flint water quality supervisor. He also filed civil charges in June against two engineering firms that allegedly “botched” their work on the water supply system, contributing to the crisis.

The water disaster in Flint, a city of about 95,000 people, began to unfold more than two years ago. For decades, the once-thriving industrial city used water piped in from Lake Huron, with anti-corrosion chemicals added along the way by Detroit water officials.

But in early 2014, with the city under the control of an emergency manager appointed by Gov. Rick Snyder, R, officials switched to Flint River water to save money. But the state’s environmental quality agency failed to ensure that corrosion-control additives were part of the new water supply. That allowed lead and other substances such as iron to leach from aging pipes into the drinking water.

The city switched back to its previous water source last fall, but most people are still drinking bottled water.

The Health and Human Services employees-Nancy Peeler, Robert Scott and Corrine Miller-all face charges of misconduct in office, consprinig to commit misconduct in office and willful neglect of duty, according to Schuette. They allegedly hid or disregarded test results that showed high lead levels in Flint residents’ blood.

An investigator from Schuette’s office said in court Friday morning that Scott and Peeler, who work in the state health department’s program to prevent lead poisoning in children, conspired with others “to effectively bury” a report from an epidemiologist that warranted more investigation, according to the Detroit News. Miller, the state’s head epidemiologist, allegedly ordered a DHHS employee to ignore the findings of high lead levels and take no action.

Shekter Smith, the former top drinking water official, and current officials Patrick Cook and Adam Rosenthal were charged with crimes related to alleged misinterpretation of federal regulations that limit lead in drinking water. Rosenthal is accused of tampering with evidence to conceal lead levels in water.