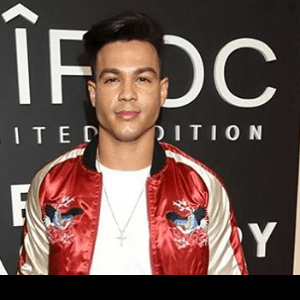 LOS ANGELES — An Instagram star has pleaded not guilty to having sex with a teenage girl as well as assaulting her and a young woman in separate incidents over the past year.

Raymundo Diaz, 33, was charge with two counts of unlawful sexual intercourse, one count each of oral copulation of a person under the age of 18, sodomy of a person under 18, injuring a cohabitant and dissuading a witness from reporting a crime. He also faces three misdemeanor counts of battery on a girlfriend.

He pleaded not guilty to the charges on Wednesday. Bail has been set at $500,000.

Diaz, who has over 3 Million Instagram followers, met the teenage victim last year and the pair began making online videos together, the prosecutor said. Diaz is accused of engaging in sexual activity with the girl, who was 16 years old at the time, and physically assaulting her on at least three separate occasions.

Diaz also allegedly attacked a 19-year-old woman who lived with him and tried to prevent her from calling police.

According to BuzzFeed, cops began investigating after a “disturbing clip” was posted on 17-year-old actress and model Angelica Salek’s Instagram account.

If convicted as charged, the defendant faces up to 10 years and four months in state prison.