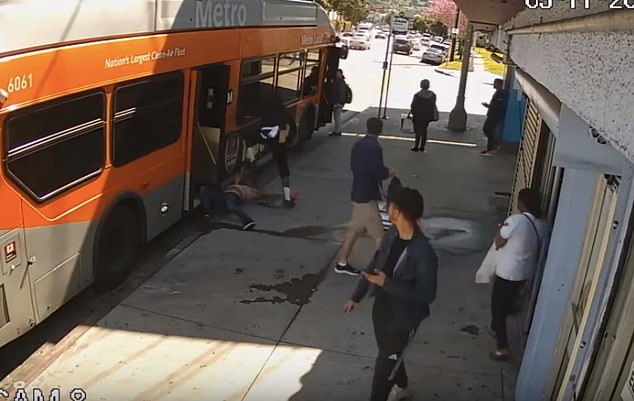 Detectives from the Los Angeles Police Department’s Southwest Division are asking for the public’s help in providing any information that would lead to the identification of the suspect involved in an Assault with a Deadly Weapon incident.

On March 11, 2020, around 2:35 p.m., the suspect exited an MTA bus near the area of 5000 block of Exposition Boulevard and waited for the victim. As the victim exited the bus, the suspect blind sided him and punched him on the side of the face, knocking him unconscious. While the victim was lying on the ground, the suspect then stomped on his face and fled the scene southbound La Brea Boulevard.

The suspect is described as a 20 to 30-year-old male Black. He stands around 5 feet 9 inches to 6 feet tall and weighs around 170 pounds. He was wearing dark shoes, white socks, dark shorts, and dark hoodie.