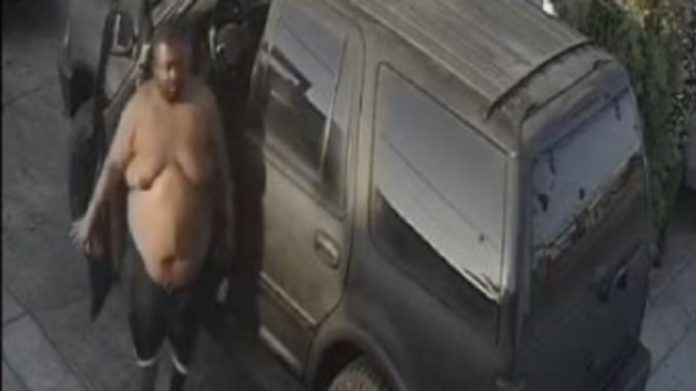 CBS Los Angeles reports from a Gardena gas station where a man attacked a woman, seemingly randomly, Sunday. The victim is still hospitalized.

From The Los Angeles Sheriff’s Department:

On Sunday, May 30, 2021, deputies from the Los Angeles County Sheriff’s Department Century Station responded to an assault call at the 500 block of Rosecrans Avenue in the city of Gardena at approximately 7:09 p.m.
The victim, a female Hispanic adult, stopped at a gasoline station. As she began to pump gasoline, the suspect drove into the parking lot and parked directly in front of the victim’s vehicle. The suspect calmly exited his vehicle, walked towards the victim, and without warning or provocation, punched the victim, causing her to fall to the ground.
While the victim was on the ground, the suspect repeatedly punched her in the head and face.
During the attack, the suspect grabbed the victim’s hair and slammed her head against the vehicle and onto the ground several times. After the assault, the suspect calmly walking back to his vehicle, where he enters his vehicle and drives away. The victim did not recognize the suspect and firmly believes she does not know the suspect personally.
The suspect did not take any personal belongings from the victim.
At this time, the attack appears to be completely random and unprovoked.
The victim sustained severe injuries to her head and face due to the attack and was subsequently transported to a local hospital to be treated for her injuries.