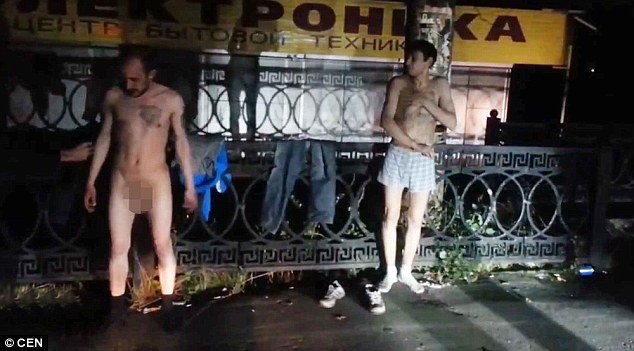 Vigilante taxi drivers in Russia have been videoed forcing fare-dodging passengers to strip naked and daubing them in paint.

Despite the embarrassing fate suffered by the fare dodgers, Russian police won’t be taking any action against the new trend.

‘We are all basically fed up with people thinking they can pull a fast one and escape without paying. What else are we supposed to do with these people? Call police and then miss out on more money while we wait for them to turn up and do nothing?’ he said.

The first incident happened when a cab driver became suspicious of three men that had climbed into his car in the village of Rudnik and had asked to be driven to the nearby city of Nizhny Tagil in central Russia’s Sverdlovsk Oblast region.