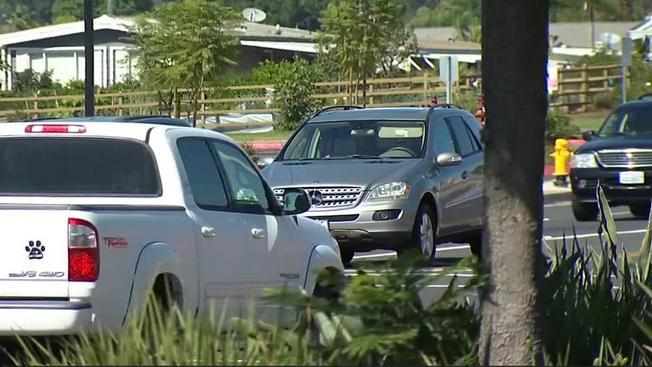 SAN DIEGO — On Sunday around 2:29 PM, Deputies responded to a report of a kidnapping at 1385 East Vista Way in Vista. Upon arrival they spoke to the reporting party who stated the group of juveniles used a social media application to contact an older man who was looking for under aged girls to have sex with. The group hoped to expose the male and turn over the information to law enforcement agencies for prosecution. The group contacted 32 year old Robert Dreyfus and exchanged texts. Eventually they agreed to meet at the above stated location.

Dreyfus arrived and convinced the 17 year old victim to get into his vehicle to talk. Dreyfus immediately drove away with the victim without their consent and drove for several miles. The victim was able to send a message for help to the group, who called law enforcement. Deputies were able to contact the suspect on his cell phone, who pulled over near the 2000 block of East Vista Way.

Once Dreyfus stopped, the victim fled from his vehicle. Shortly after deputies arrived, they detained Dreyfus and rescued the victim who was unharmed.

The Sheriff’s Department strongly discourages the public from setting up meetings or contacting anyone for the purpose of catching an individual who is committing a crime.