KNOXVILLE, Tenn. – An individual who threatened in a post on his Facebook page to kill everyone in Knoxville on Thanksgiving Day was arrested earlier today by agents with the Knoxville FBI. Dale Jeffries II, 43, of Knoxville, Tennessee, was taken into custody shortly before 2:00 PM on Wednesday, November 22, 2017, at a business in west Knoxville. Jefferies was charged with transmitting threatening communications in interstate commerce.

Jefferies posted on Facebook saying he “built a bomb and everyone in Knoxville will die on Thanksgiving.” 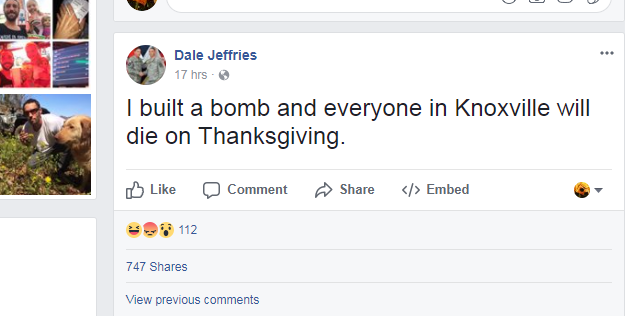 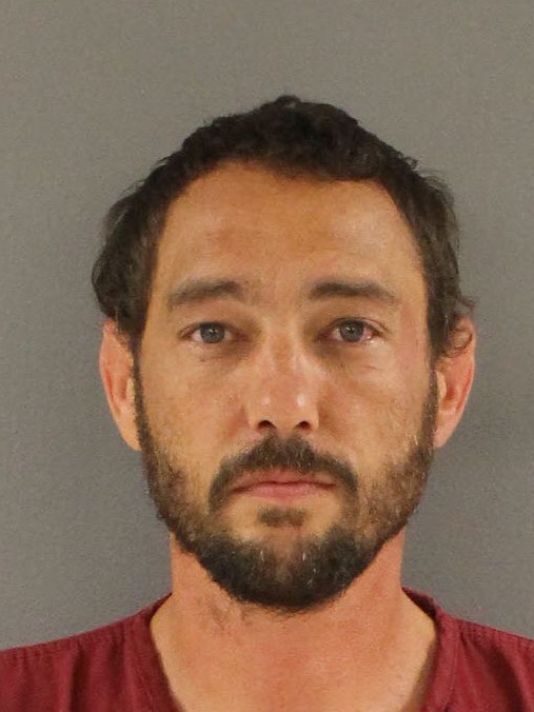 Jeffries appeared in U.S. District Court this afternoon and was held pending a detention hearing scheduled for Wednesday, November 29, 2017.