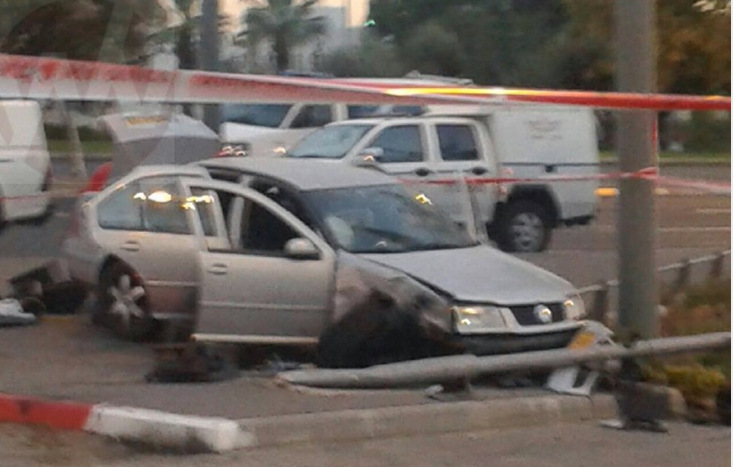 Police are reporting that a private vehicle traveling from French Hill towards police headquarters struck eight pedestrians standing at the bus stop. Before coming to a halt the vehicle slammed into a pole and was halted. The driver tried fleeing and a policeman fired at him, hitting him. All the victims and the driver were taken to local hospitals.

Channel 2 News correspondent Moshe Nussbaum at the train station where the incident confirms the vehicle was heading southbound when it struck all pedestrians at the train station. Nussbaum says the number of victims is nine, including a baby girl. At least one of the injured is in serious condition. While the official word has not yet been given, all signs point to a terrorist attack. The identity of the wounded terrorist has not been released at this time.

Police have sealed down the capital and checkpoints have been set up and drivers are being questioned and vehicles inspected. Police feel it is likely the terrorist has received assistance
B911 received reports of pedestrians run over at the light rail station located at Jerusalem Hill. The callers reported it appears to have been intentional, leading them to believe it was an Arab terrorist attack however this has not yet been confirmed. Conflicting reports indicate the driver/terrorist was shot and wounded and is in custody. More information to follow as the story continues to unfold.