On April 26, Falfurrias Border Patrol Checkpoint agents, after a K-9 alert, referred a truck pulling a flatbed trailer carrying large metal sided boxes to the secondary inspection area. Agents observed a vent, approximately 16 inches by 6 inches on one of the boxes and removed the vent to reveal 40 migrants in a seated position trapped inside. The metal sided box had to be broken apart by unscrewing multiple bolts using a power tool found in the truck. The box had no other opening or means of escape for the occupants. 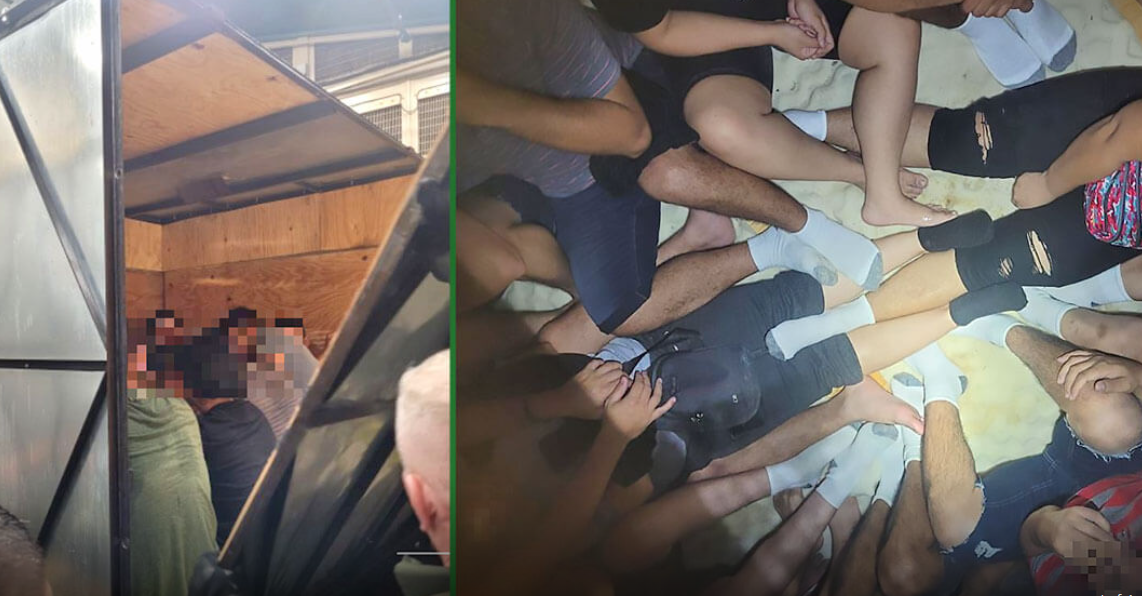 Agents determined the 40 migrants are citizens of Central America and Mexico unlawfully in the U.S. while the driver was a U.S. citizen. All subjects were placed under arrest. A search of the truck revealed the power tool, a handgun, and loaded magazines. The Brooks County Sheriff’s Office took custody of the truck, trailer, weapon, magazines, and driver.

On April 25, RGV agents received information on an Edinburg residence being used to harbor migrants. A Chevrolet SUV was observed departing the location and RGV agents, with assistance from the Hidalgo County Sheriff’s Office (HCSO), conducted a vehicle stop. The driver and two passengers were determined to be illegally present in the U.S. Agents and HCSO subsequently searched the residence, but no other subjects were located. All subjects were taken into Border Patrol custody.

Later that evening, RGV agents working near San Manuel, attempted to initiate an immigration inspection on the occupants of a maroon Chevrolet Traverse. The driver immediately veered the vehicle off the road and came to a stop. All the occupants bailed out of the vehicle and ran into the nearby brush. Agents arrested eight migrants illegally present in the U.S. without incident. The driver was not located.

In the past 24 hours, Rio Grande City Station agents encountered two large groups totaling 271 noncitizens near La Grulla. The groups consisted of 174 single adults, 53 family members, and 44 unaccompanied children. The migrants are from Central and South America, and Cuba.