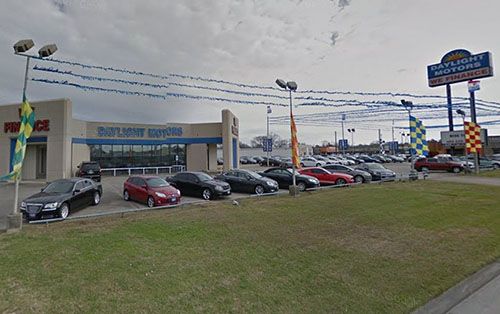 BEAUMONT, Texas – A Northeast Texas businessman, his wife and son were sentenced Friday for their roles in a massive illegal gambling and money laundering enterprise.

Larry Earnest Tillery, 70, Judy Kay Tillery, 63, and Brian Tillery, 47, all of Beaumont, Texas, were sentenced by U.S. District Judge Thad Heartfield in the U.S. District Court for the Eastern District of Texas.

Larry Tillery was sentenced to 33 months in federal prison for engaging in monetary transactions in property derived from specified unlawful activity and tax evasion. He was further ordered to forfeit approximately $2 million in cash, jewelry, and sports memorabilia that were proceeds of his illegal gambling enterprise and to pay restitution in the amount of $1,000,040. A money judgment of $32,758,541 was also ordered by the court.

Judy Tillery was sentenced to two years of federal probation for structuring of financial transactions to evade reporting requirements. She shares the forfeiture judgment with her husband.

Brian Tillery was sentenced to two years of federal probation for engaging in monetary transactions in property derived from specified unlawful activity. He was further ordered to forfeit approximately $245,477 and a residence in Beaumont with an appraised value of approximately $600,000 that was determined to be proceeds of the illegal gambling enterprise. A money judgment of $700,000 was also ordered by the court.

All three parties pleaded guilty to their respective charges on June 25, 2019.

According to information presented in court, Larry Tillery was engaged in the business of accepting illegal wagers on sporting events from 1985 until April 2017. He owned and operated Daylight Motors, a used car dealership, and Lamar Capital, a holding company for Daylight Motors, and used both companies as a front to launder illicit proceeds from the illegal gambling enterprise.

Larry Tillery used a website to receive and track wagers from his betting clients, allowing his bettors to place wagers on sporting events, including professional and collegiate basketball, baseball, and football games. Judy assisted her husband in laundering the proceeds of his illegal gambling activities by depositing cash into her personal bank account at the Beaumont Community Credit Union and then writing checks to bank accounts controlled by her husband. Judy Tillery structured these cash deposits in amounts under $10,000 in an attempt to evade federal currency transaction reporting requirements.

Brian Tillery aided the bookmaking enterprise by collecting money from sports bettors, making payments to bettors on Larry’s behalf, tracking online wagers to keep Larry apprised of what bets were being placed, accepting illegal gambling funds and making wire transfers to pay illegal gambling debts for Larry, and mailing packages of currency derived from illegal gambling activities that were in excess of $10,000 via the United States Postal Service at the request of Larry.

Larry Tillery knew that despite the fact that he was violating Texas state and federal law, that federal tax law nonetheless required him to register as a bookmaker with the Internal Revenue Service (IRS) and to file monthly excise tax returns to report total wagers he accepted during the month. Larry also knew that he was required to pay gross wagering excise taxes of 2% on wagers he accepted each month, but he failed to report or pay taxes to the IRS based on the wagers he accepted each month. From September through November of 2016, Larry Tillery accepted at least 450 wagers totaling $5,060,150. These wagers are subject to the 2% federal gross wagering excise tax, and Larry evaded gross excise wagering taxes of $29,717 in September 2016, $34,423 in October 2016 and $37,063 in November 2016.

The investigation traced a total of 125 financial transactions in excess of $10,000 derived from illegal gambling that utilized the United States banking system. These financial transactions total $32,383,841 and occurred between 2010 and 2016.“Today’s sentencing and forfeiture order are the culmination of a six-year, multi-agency criminal investigation into one of the largest illegal sports gambling and money laundering operations in U.S. history,” said Mark Dawson, special agent in charge of Homeland Security Investigation (HSI) Houston. “Working together with our federal partners, we have successfully disrupted the Tillery family criminal enterprise and sent a message that we are united in our efforts to investigate and prosecute financial crimes.”

“These sentences imposed today on the Tillery family demonstrate the Department’s commitment to hold criminal enterprises accountable,” said U.S. Attorney Stephen J. Cox. “Illegal gambling activity and tax evasion will not be tolerated in the Eastern District of Texas.”