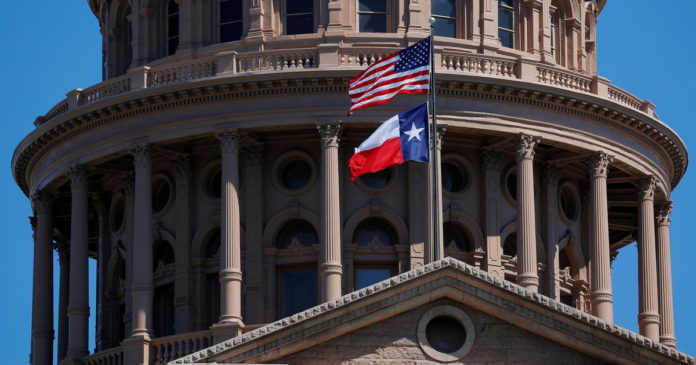 “Today, Texas House Democrats stand united in our decision to break quorum and refuse to let the Republican-led legislature force through dangerous legislation that would trample on Texans’ freedom to vote.

“We are now taking the fight to our nation’s Capitol. We are living on borrowed time in Texas. We need Congress to act now to pass the For the People Act and the John Lewis Voting Rights Act to protect Texans — and all Americans — from the Trump Republicans’ nationwide war on democracy.”

Gov. Greg Abbott slammed Democrats over the move, claiming it “inflicts harm on the very Texans who elected them to serve.”

“As they fly across the country on cushy private planes, they leave undone issues that can help their districts and our state,” said Abbott. “The Democrats must put aside partisan political games and get back to the job they were elected to do.”

NBC News reported: The majority of the members plan to fly to Washington, D.C., on two private jets chartered for the occasion and use the time there to rally support for federal voting legislation, the source said. Others will make their own way.

The lawmakers risk arrest in taking flight. Under the Texas Constitution, the Legislature requires a quorum of two-thirds of lawmakers be present to conduct state business in either chamber. Absent lawmakers can be legally compelled to return to the Capitol, and the source said Democrats expect state Republicans to ask the Department of Public Safety to track them down.

Vice President Kamala Harris, while in Michigan, addressed the news out of Texas.