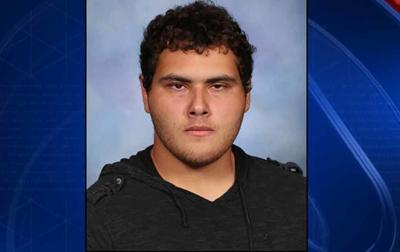 “This case demonstrates how an American citizen can be radicalized by a violent ideology based upon hate and how the actions of the FBI and our partners on the Joint Terrorism Task Force worked tirelessly to prevent violence here, and abroad. We cannot thank them enough for what they do to protect our community,” said U.S. Attorney Nealy Cox. “The 20 year sentence proves that justice in the Northern District of Texas can be swift and certain. We will work aggressively to counter terrorist threats and treat these cases with the highest priority.”

“Sewell conspired with another individual to provide material support to LeT and assisted his coconspirator with his plans to travel overseas to join the terrorist organization. Today’s sentence provides just punishment for his crime,” said Assistant Attorney General John C. Demers of National Security. “The National Security Division is committed to identifying and holding accountable those who conspire to provide material support to foreign terrorist organizations.”

“Eighteen years after 9/11, combatting terrorism remains the FBI’s top priority. Here, the defendant, a natural born American citizen, helped recruit a fellow American to fight for a group responsible for unspeakable violence across South Asia,” said FBI Special Agent in Charge Matthew J. DeSarno. “The FBI Dallas Field Office, and its partners who make up the North Texas Joint Terrorism Task Force, will work tirelessly to bring to justice those who offer their support to terrorist organizations, both at home and abroad.”

Michael Kyle Sewell, 18, was arrested in February and pleaded guilty to the conspiracy charge in May. He was sentenced by U.S. District Judge Reed O’Connor this morning. During sentencing, the United States introduced evidence that Sewell’s offense was consistent with a long pattern of online statements supporting violent extremism. Sewell had posted numerous messages threatening to attack individuals and gatherings of people who he believed were opponents of his radical beliefs. Sewell also conducted internet searches suggesting that he was investigating ways to carry out such attacks. During a search of Sewell’s home after his arrest, agents found an AR-15 style rifle, multiple magazines, and a number of knives in Sewell’s bedroom.