HOUSTON, TX – The man who gunned down a Baytown mother in a 2020 home invasion was sentenced to life in prison last week, Harris County District Attorney Kim Ogg announced.

“This was a premeditated and planned attack on a family who should have been safe while they were asleep in their beds,” Ogg said. “This man pulled the trigger on a wife and mother in her own home, which merits a sentence of life in prison.”

Josue Lopez, 19, was sentenced automatically after being convicted of capital murder by a jury Friday following a week-long trial. The murder happened during the first of two random home invasions that he and several other people committed on Aug. 3, 2020. 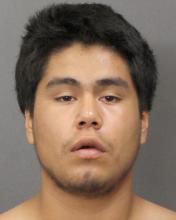 It was about 1:45 a.m. when Lopez and three men kicked in the door of the home in the 1600 block of Alabama and started shooting. The men first went into the children’s room and then met the parents as they came downstairs.

Margarita Villalon, a 40-year-old mother of 11 who was expecting her first grandchild, ran to set off the alarm.

It was then that Lopez shot her in the back of the head.

“This wasn’t an accident,” said Assistant District Attorney Joshua Raygor, who prosecuted the case. “He held the gun just a few feet from the back of her head and pulled the trigger.”

Two hours after the shooting, the crew of home invaders attempted to kick in the door of another home. In that case, the door held and the homeowner stood behind the door as the group tried to break in. They started shooting through the door and hit the man in the leg. He survived.

The Baytown Police Department investigated the two incidents and arrested the four men.

Co-defendants Kain Lopez and Gregory Donnell both pleaded guilty in exchange for sentences of 40 years in prison.

The case against co-defendant Michael Sanchez is pending.