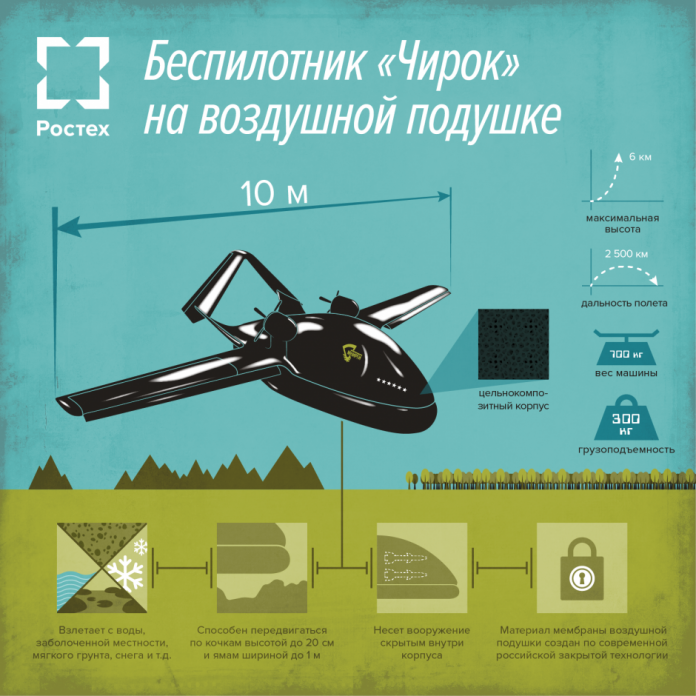 Russia has unveiled a full sized prototype of its military hovercraft drone which will be capable of landing on water.

The Chirok will be an amphibious drone, capable of landing on water as well as land. 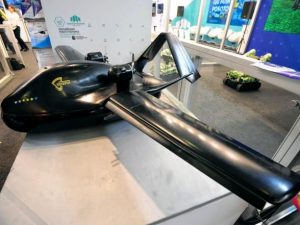 It can fly at a height of up to 6km, can carry more than twice its own weight of 330kg in weight including “rockets and bombs” and will go into mass production in 2016.