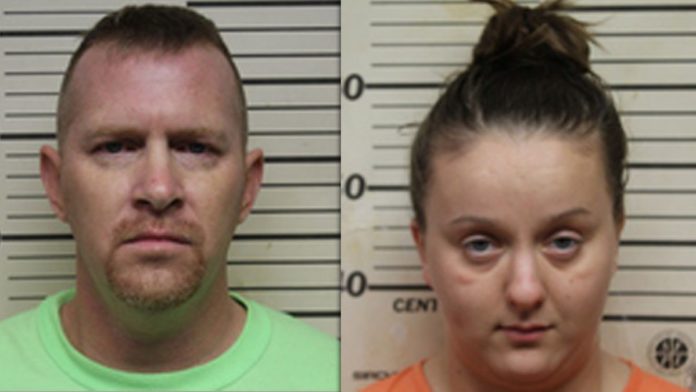 WARSAW, Mo. — A prosecutor charged two people with murder Monday morning in the horrific beating death of a four-year-old child.

Benton County Dispatch was called just before 1 AM Sunday morning, regarding a four-year-old girl who was dead. The father, James Mast, 28 of a rural Cole Camp residence, stated that his daughter had been beaten, submerged in a pond, then left to freeze on the bank before being taken back into the home.

Mary S. Mast, 28, the mother of the deceased and a two-year-old male child were also beaten to a severe extent. Mary and the toddler were transported by ambulance to Bothwell Regional Hospital in Sedalia where they are recovering.

After an investigation by Benton County Deputies, Ethan J. Mast, 35 and Kourtney T. Aumen, 21 of a neighboring residence were arrested for second-degree murder, felony assault and child abuse charges.

According to KY3, the pair attacked the victims to “beat the demon or evil” out the mother and the child. Sheriff Eric Knox said “an instrument” was used to sexually assault the toddler.

“They found a deceased 4-year-old girl up in her bedroom. She was beaten from head to toe,” Sheriff Knox said.

“To see a child in any kind of distress is terrible for first responders,” said Sheriff Knox. “In something to this magnitude, with a severe beating the child went through and the trauma she went through, it is very traumatic for everyone involved.”

“[The father] is not a suspect at this time. It was the neighbors across the street who are right now, arrested for this crime,” said Knox.