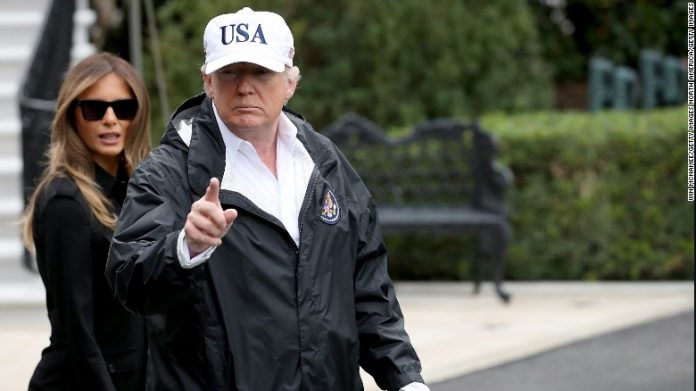 WASHINGTON – U.S. President Donald Trump on Thursday cancelled his scheduled meeting with Russian counterpart Vladimir Putin at the G20 summit over Russia’s actions during the Kerch Strait incident that has led to a dramatic rise in tensions.

On Nov. 25, Russia seized three Ukrainian naval vessels and their crews that were aiming to pass from the Black Sea into the shared Sea of Azov through the Kerch Strait, that lies between the Russian mainland and the Moscow-controlled Crimean Peninsula.

Trump said he would not meet Putin “based on the fact that the ships and sailors have not been returned” as he left the White House on his way to the international summit in Argentina’s Buenos Aires.

The Kerch Strait crisis deepened on Thursday as Ukrainian President Petro Poroshenko urged the North Atlantic Treaty Organization to deploy armed naval vessels to the Sea of Azov to the complaint of Russia who claimed it escalated tensions.

In response to an interview question from German newspaper Bild, Poroshenko said “Germany is one of our closest allies and we hope that states within NATO are now willing to deploy naval vessels to the Sea of Azov in order to support Ukraine and to guarantee its safety.”

“The only language that he understands is the unity of the Western world. We cannot accept Russia’s aggressive policy. First, it was Crimea, then eastern Ukraine, now he wants the Sea of Azov.”
Ukraine is not formally a member of NATO, but the Western alliance has given its support to Kiev during the escalations with Moscow in the past and continues to do so currently. So far, it has not responded to Poroshenko’s call for naval support.

Both Kiev and Moscow have accused each other of “provocations”, with Ukraine responding by initiating martial law in much of Ukraine, especially in the east by its border with Russia, which went ahead after Poroshenko assured parliament it would not affect March elections.

Two critical Ukrainian trade ports, Berdyansk and Mariupol, have effectively been placed under blockade by the Russian Federation as harbour traffic has essentially been halted, the country’s infrastructure minister said Thursday.

Some 35 vessels have been mooted and unable to carry out usual operations, with only ships destined for Russian ports allowed to sail, Minister Volodymyr Omelyan wrote in a statement.

“The goal is simple – by placing a blockade on Ukrainian ports on the Azov Sea, Russia hopes to drive Ukraine out of our own territory – territory that is ours in accordance will all relevant international laws,” he said, according to a Reuters’ translation of his Facebook post.

Omelyan said 18 vessels were awaiting entry into the Azov Sea at the Kerch Strait, with four destined for Berdyansk and 14 for Mariupol. There is also a line of nine vessels to leave the sea and eight other vessels are standing by near the port berths.