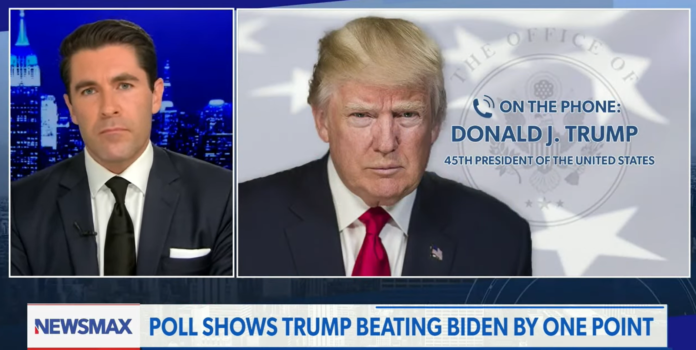 45th President of the United States Donald Trump speaks to Newsmax’s Rob Schmitt about the 9/11 annivesary, the Afghanistan crisis and what he believes is the “greatest mistake in the history of our country.”

"The ballots are mail-out, mail-in ballots. In fact, I guess you can have a case where you can make your own ballot. When that happens, nobody’s going to win except these Democrats…" pic.twitter.com/Yj0jdDpMYh