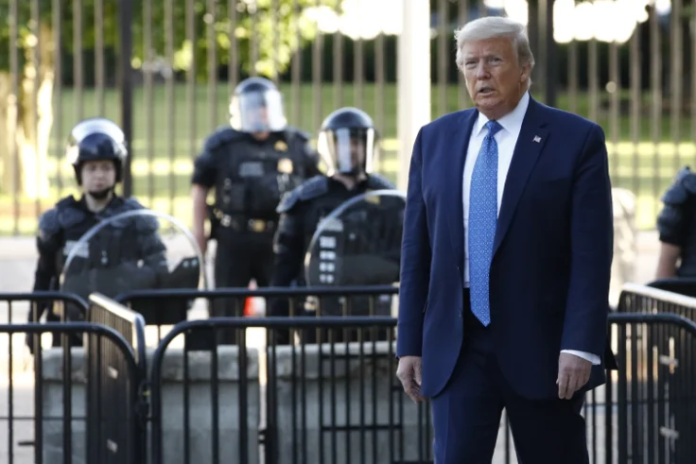 It’s been an amazingly tumultuous year so far.

COVID-19 hit and literally destroyed lives and businesses around the world. Then immediately following months of quarantine that has people emotionally and mentally on edge, we have another instance of police brutality and violent protesting ensues.

The 2020 election already hinged on how the public perceives how the Trump administration handles or handled the pandemic – which according to over half the country, wasn’t very well.

Now as communities cry out for racial equality in the justice system, Trump’s rhetoric and propaganda filled tweets don’t seem to be doing him any favors and he’s seeing his election odds take a fall.

If Trump loses traditionally red states such as Arizona, his chances at a second term are good and well done for. Losing a state like Arizona shows the zeitgeist in 2020. If Arizona votes blue, it’s likely that the majority of swing states will also vote blue and we’ll see a sweeping victory on the part of Joe Biden.

The funny thing is, how bad of a president do you have to be get obliterated by an opponent like Joe Biden? A candidate that has seemed to almost intentionally throw the race by following the same mistakes made by Hillary.

Well, Tweets that show you have no clue about the utmost basics of constitutional law, is a good place to start.

<blockquote class=”twitter-tweet”><p lang=”en” dir=”ltr”>The desire for a certain backdrop for a press announcement is not a security requirement. In other words, using the power of the U.S. Military to clear out peaceful protestors for a presser is a massive abuse of power.</p>&mdash; Brian Schatz (@brianschatz) <a href=”https://twitter.com/brianschatz/status/1267593918561923072?ref_src=twsrc%5Etfw”>June 1, 2020</a></blockquote> <script async src=”https://platform.twitter.com/widgets.js” charset=”utf-8″></script>

Statements that he’ll deploy the US military on US soil and will declare voter fraud if he loses and remain in office have moved a lot of centrists a little bit to the left. Statements on forums say things like:

‘If he does this, he’s a dictator declaring war on Americans on American soil.’

‘He is a clear and immediate danger to democracy.’

‘MASSIVE. He used Federal Police. Call this what it is: he’s a fascist dictator.’

Trump won based on divisiveness 4 years ago. But this time around his propaganda-like messaging is actually doing much more harm than good. I should note, that this has nothing to do with his economics or things he has accomplished in the White House, and everything to do with the way he responds to adversity.

I recently read one headline on 538 that said, ‘If Republics Are Ever Going to Turn on Trump, This Might Be the Moment.’ And this is exactly what I mean about how Trump has responded to adversity recently. It’s been not a whole lot of solutions, but a whole lot of rhetoric that seems to cause more problems. At the moment, President Trump is at a nearly 54% disapproval rate.

Even certain Republican senators have publicly said that they no longer know if they can vote for Donald Trump in the upcoming elections. His own former Secretary of Defense recently said, “We must reject and hold accountable those in office who would make a mockery of our Constitution.” And, “The protests are defined by tens of thousands of people of conscience who are insisting that we live up to our values — our values as people and our values as a nation.”

When you have people from your own inner-circle now siding against you … things are definitely in a downward spiral.

Can Trump win in 2020? It’s looking less and less likely.