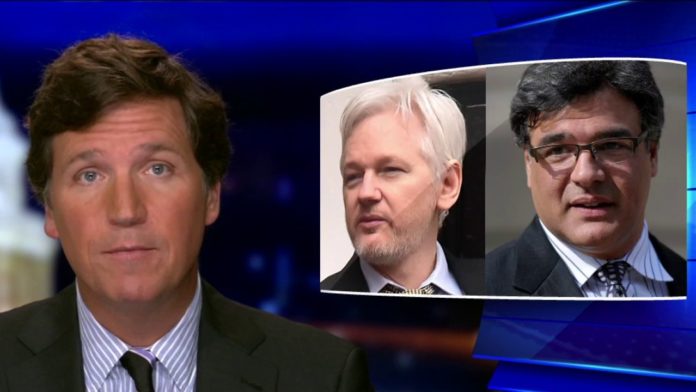 Carlson alleged that Senate Majority Leader Mitch McConnell has told Trump that he is more likely to be convicted in an impeachment trial if he indeed pardons the Wikileaks founder.

“Now is it legal to hold that over a President’s head?” Carlson asked. “We’re not lawyers, we don’t know, it’s certainly wrong. But more than that, it tells you everything about their priorities.”

“What is Mitch McConnell, your designated defender in the United States Senate worrying about? He’s worrying about protecting the uniparty in Washington. Not his party, his party and the Democrat Party, in Permanent Washington.”

“They’re the reason both these men have been locked up, because both these men embarrassed permanent Washington. That’s their crime. And his priority in the final hours of the Trump administration is to make certain that they remain punished for doing that. It tells you everything.”