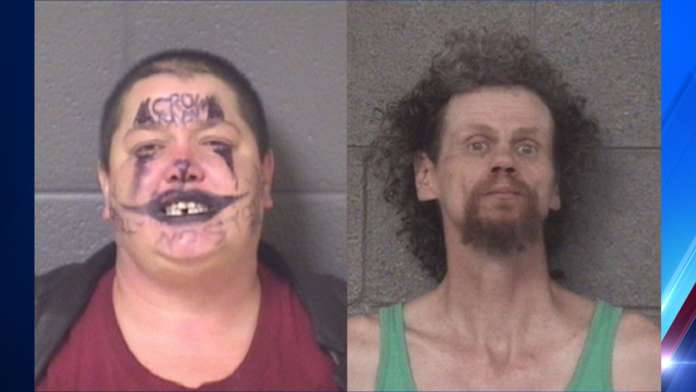 ASHEVILLE, NC — At 3:40 a.m. Wednesday, the Asheville Police Department (APD) received a report of a stabbing at 15 Woodfin Street. Upon arrival officers located a victim suffering from life threatening injuries as a result of stab wounds. The victim was transported to Mission Hospital for treatment. They are currently in critical condition.

After investigation APD identified a suspect who was found barricaded in an apartment at 15 Woodfin Street. APD has cleared the surrounding apartments out of precaution.

After approximately five hours of negotiation the Asheville Police Department (APD) has taken Donald Eugene Lory, Jr. (54) and Julia Crystal Cavaliere (41), of Asheville, into custody without further incident. Lory has been charged with assault with a deadly weapon with intent to kill and inflict serious injury. Cavaliere has been charged with resist, delay, obstruct.