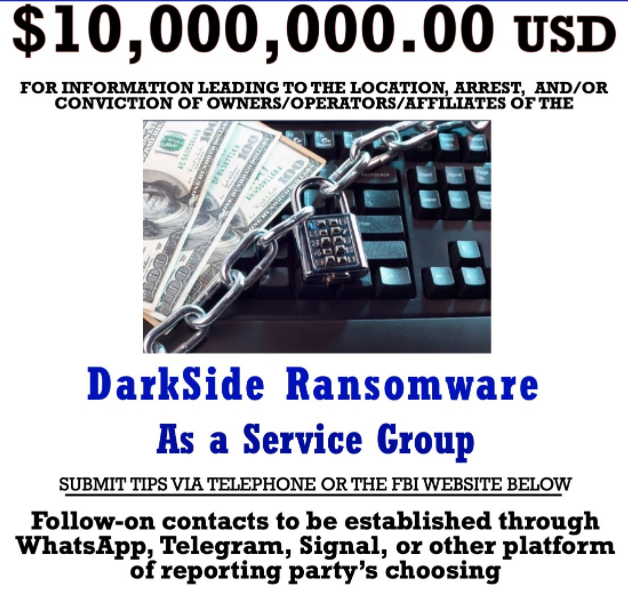 The DarkSide ransomware group was responsible for the Colonial Pipeline Company ransomware incident in May 2021, which led to the company’s decision to proactively and temporarily shut down the 5,500-mile pipeline that carries 45 percent of the fuel used on the East Coast of the United States. In offering this reward, the United States demonstrates its commitment to protecting ransomware victims around the world from exploitation by cyber criminals. The United States looks to nations who harbor ransomware criminals that are willing to bring justice for those victim businesses and organizations affected by ransomware. 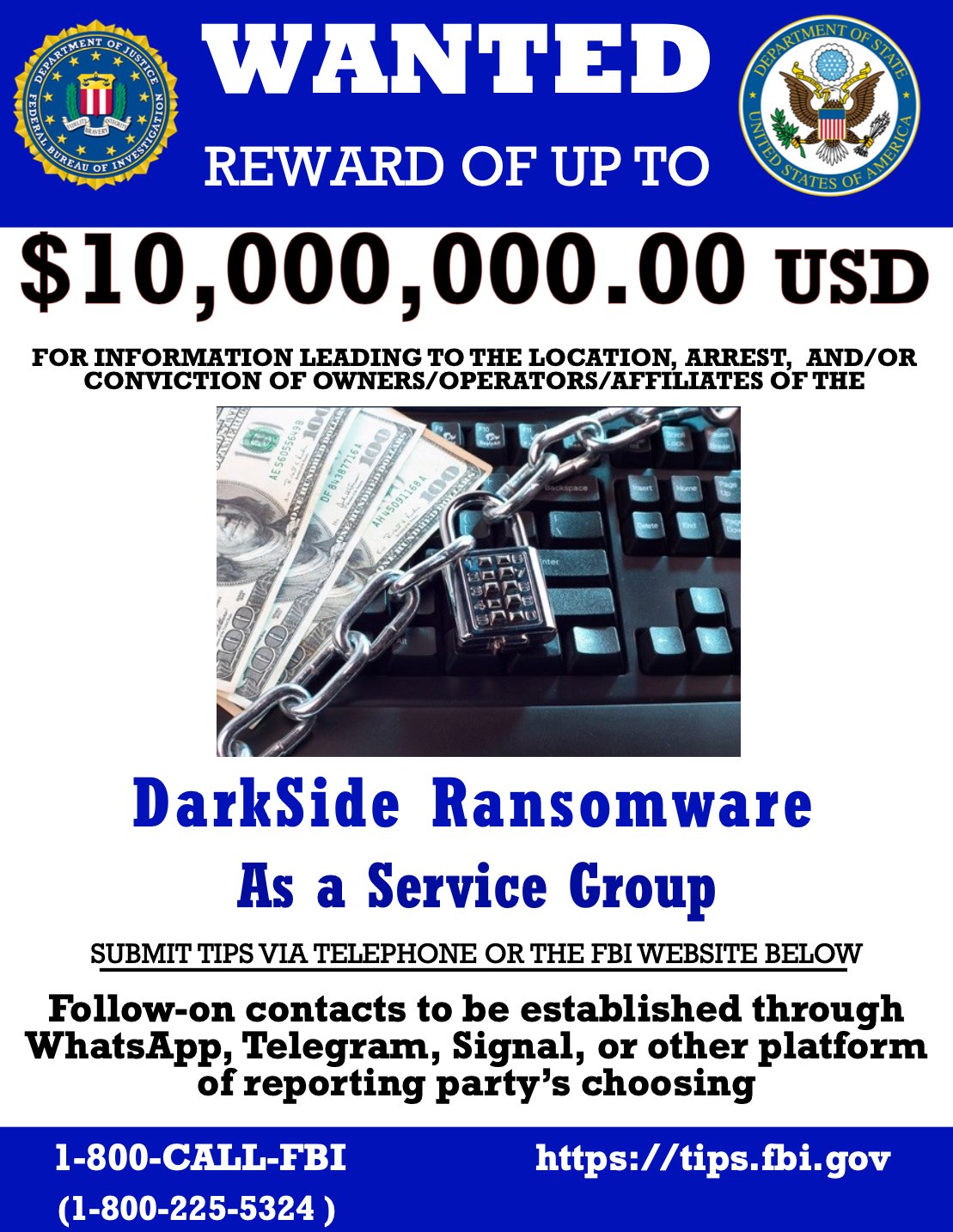 This reward is offered under the Department of State’s Transnational Organized Crime Rewards Program (TOCRP).

The Department manages the TOCRP in close coordination with our federal law enforcement partners as part of a whole of government effort to disrupt and dismantle transnational organized crime globally, including cybercrime. More than 75 transnational criminals and major narcotics traffickers have been brought to justice under the TOCRP and the Narcotics Rewards Program (NRP) since 1986. The Department has paid more than $135 million in rewards to date.