WASHINGTON – The United States military announced plans on Wednesday to purchase and test Israel’s Iron Dome missile defence system — which has been in largely successful operation since 2011, according to Israeli officials.

Iron Dome uses radar and interceptor missiles to combat incoming projectiles in the conflict-heavy and war-prone area of the Middle East. It has been employed against weapons from militant groups, Palestinian forces and other Arab arms. 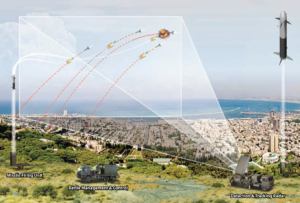 The U.S. Department of Defence said the system will be used on a test basis as part of its assessment for Washington’s long-term military needs.

Israeli Prime Minister Benjamin Netanyahu, who is embattled domestically with probes, was reported by international media as calling the sale a “great achievement for the county”.

“This is another manifestation of the deepening of our steadfast alliance with the United States, and an expression of Israel’s rising status in the world.”